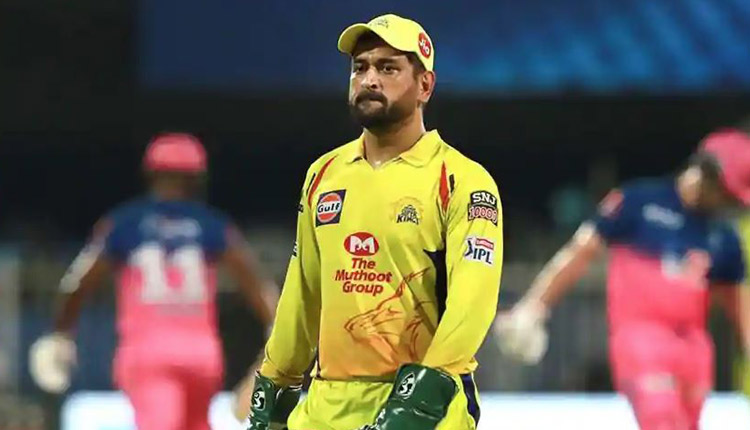 New Delhi: If Mahendra Singh Dhoni’s Chennai Super Kings don’t make the Indian Premier League (IPL 2020) playoffs this season — they are unlikely to progress as they are languishing at the bottom of points table — it will be the first time in the 13-year history of the tournament that they would miss out on qualifying for the last four stage.

In the 10 previous seasons it has competed, the Chennai franchise has made the final eight times, winning it thrice. On the two occasions it has failed to reach the final, it has made the play-offs at least. CSK’s win percentage has never gone below 50% in any season.

This time though, their success percentage is just 30%.

In the previous seasons, CSK have found little going wrong for them with Dhoni leading from the front and finding players who could come to rescue in worst situations.

This year though they’ve been totally off-colour, losing seven of the 10 matches they have played so far. Never before have they lost these many games after the first 10 matches of the season.

CSK head coach Stephen Fleming admitted after the match against Rajasthan Royals on Monday that the team was down and things were getting worse.

“Mood is pretty down. We have come close in a couple of games but today we were thoroughly outplayed,” he had said.

CSK have, in the past, come back from tough situations and managed to salvage seasons on their own. This time though they are dependent on other teams’ results to make the play-offs. They need to win all their matches, which will take them to 14 points and then hope other results work in their favour.

“When you are relying on other results and change in form of your own team then it is really hard to be upbeat and positive. So we need to look at the others’ form, so that we get back in the competition or hang in the competition,” he had said.

There are issues with the team, Dhoni’s form, and his captaincy.

It has been a while since Dhoni produced the kind of innings he is known for. Although there have been occasions when he has averaged in just the 20s like this season — in 2012 and 2017 — he’s had a good batting line-up in those seasons.

This time, the CSK middle-order has been virtually non-existent — Suresh Raina is missing the tournament due to “personal reasons” — forcing Dhoni to send bowling all-rounder Sam Curran to the top and push Shane Watson down to No.3 to strengthen the batting.

Ambati Rayudu has been just about okay. He has got just one half-century in eight games and his strike rate hasn’t been good, just in the early 120s.

The entire unit has been ageing. It has looked to be an ageing team over the last three-four years but no changes were brought in. Fifty per cent of the squad is above 30 years of age. Of the 17 who have played, 10 are above 30 while a couple of others are nearing 30.

Fleming admitted having this disadvantage. “We’ve been fairly consistent with our teams over the years. But it is fair to say that this team has run out of its juice. We always knew that it was going to be difficult with an ageing group and Dubai has challenged us,” he has said.

Dhoni’s form and fitness apart, his leadership too has been a bit off-target.

It has been hard to explain why he has benched Imran Tahir, last year’s highest wicket taker with 26 wickets and winner of Purple Cap. Mitchell Santner, also a world class spinner and one who can bat, has also failed to get a match, despite the UAE surfaces being spin-friendly.

One explanation is that since the batting is weak and overseas players who can bat well have occupied the position No.1, 2, and 3, there is only one spot left out of four for overseas players and that has gone to his trump-card Dwayne Bravo instead of Tahir or Santner.

But in the last match against Rajasthan Royals (RR), when Bravo got injured and left the field, Dhoni brought in pace bowler Josh Hazlewood. And now Bravo has been ruled out the rest of the IPL with a groin injury.

Worse, Dhoni bowled just one over of spin in the first 12 overs despite the fact that in the first innings, leg-spinners Shreyas Gopal and Rahul Tewatia of RR had throttled CSK batting.

Kedar Jadhav, who has been used as a bowler for India team in ODIs and has chipped in with match-winning performances with the ball, has not bowled at all in IPL.

Fleming admitted that Dhoni doesn’t consider Jadhav a T20 bowler which is fair enough because he has not bowled in IPL T20s or T20 Internationals at all in his career.

But persisting with him as batsman when there are youngsters like N Jagadeesan, who made 33 in his only appearance, has defied logic. Jadhav has a total of 62 runs in eight games at 20.66.

“There were [a] few chances to the youngsters. Maybe, we didn’t see the kind of spark that they could’ve given us to say okay you know push the experienced guys and make space for them,” Dhoni said at the presentation ceremony on Monday night.

Apart from Jagadeesan, Ruturaj Gaikwad was also tried. He could aggregate just five from two matches.

“This process he [Dhoni] keeps talking about is meaningless. You keep talking about process, process… but the process of selection itself is wrong. What is Dhoni’s deal? He says Jagadeesan doesn’t have spark, but does ‘scooter’ Jadhav have that spark? This is ridiculous. I will not accept this answer today. All this talk of process, and Chennai’s tournament itself is over,” the former opener said.