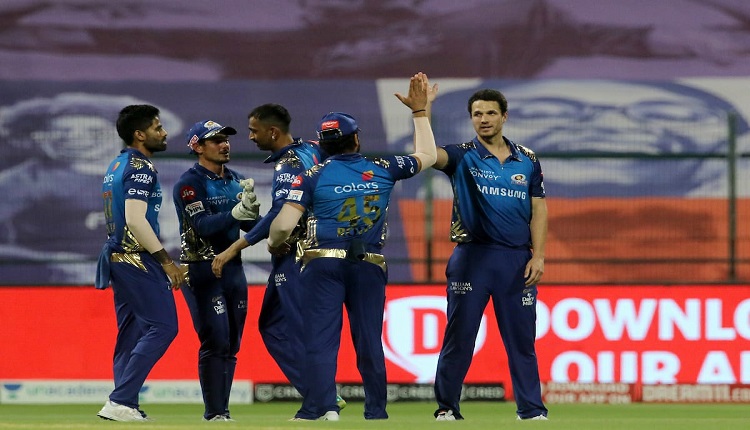 Abu Dhabi: New Kolkata Knight Riders (KKR) captain Eoin Morgan started off his reign by winning the toss and choosing to bat against the Mumbai Indians (MI) in the 32nd match of IPL 2020 on Friday at the Sheikh Zayed Stadium. MI restricted KKR at 148 runs at a loss of 5 wickets and got a victory target of 149.

In a first blow to KKR, R. Tripathy departed at 7 runs. Trent Boult dismissed Tripathy while the team’s score was 18.

KKR’s second wicket was down at N Rana scoring 5 runs in Nathan Coulter’s over.

K Gill departed at 21 following him, Dinesh Karthik departed at 4 runs. Rahul Chahar took both the wickets back to back which indeed slowed down the Kolkata team.

Jasprit Bumrah departed A Russell at 12.

However, amid the tussle between the two teams, Pat Cummins and E Morgan scored a much needed 50 runs partnership.

KKR announced Morgan as replacement for Dinesh Karthik as captain earlier in the day.

MI are looking to go atop the table with a win while KKR are looking to bounce back from a heavy 82-run defeat to Royal Challengers Bangalore in their previous game.