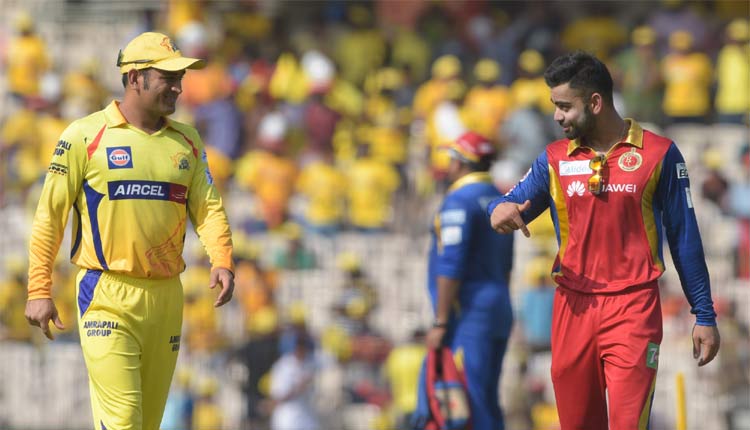 New Delhi: Even as the Board of Control for Cricket in India (BCCI) waits for the International Cricket Council (ICC) to make an official decision on the fate of the T20 World Cup before making an announcement on the 13th edition of the Indian Premier League, franchises have already been sounded out and they are busy preparing to play the league in UAE this year.

Speaking to IANS, a franchise official said that they have already started preparing for the logistics and have zeroed in on the hotel they wish to stay at in Abu Dhabi and how exactly they will train and prepare for the 13th edition of the league.

“You need to be smart and plan early. We have been given the required inputs and are planning accordingly. We have actually decided on the hotel we wish to stay at in Abu Dhabi and how exactly we will go through the process of flying in and going through the necessary quarantine period once in UAE. We will obviously need to brush up with the then health guidelines of the country,” the official said.

Another official of a former champion franchise said that they are looking to get an isolation period done in India before heading off to UAE. “We are looking at having the boys come together in India. Go through a period of spending time in a bio-secure environment and then get our tests done and head to UAE.

“The reason behind that is we are all staying at home. So, if one of us is asymptomatic, we have the risk of infecting others. That is why it is better to go through a couple of weeks of isolation and testing here in the country before heading out,” the official explained.

Asked about the travel plan, an official of another franchise said that chartered planes are the most viable options as normal flight schedules may or may not start and each team will have around 35-40 people travelling as a unit.

“I think most teams, if not all, are already looking at hiring chartered planes. You never know if we will have regular flights operating by the end of August and most teams would wish to be in the UAE by the last week of August or at max the first week of September. So, in such a scenario, the best way is to hire chartered planes as we will all have around 35-40 people flying to UAE. The number of members obviously increases a bit when you are headed outside and have restrictions in movement in times like these,” the official pointed.

Another franchise official though begged to differ and said that they are still looking at first-class travel if flights start operating as the franchise isn’t looking at any grouping in India and want the assembling to happen directly in the UAE.

“To be honest, if you ask me, we as a franchise are looking at first-class travel for our players as that means better distancing. The sole reason is that we might not be assembling in India and be directly heading to UAE from each of our homes after doing necessary COVID-19-related tests. So, in such a scenario, you cannot expect the owners to pay for 8-10 chartered trips. But yes, if normal flights don’t start operating then it is a different scenario,” the official said.

But all franchises are on the same plane when it comes to having foreign players head straight to UAE rather than first assemble in India, undergo quarantine formalities in this country and then follow the same in UAE.

“We have been having our calls and discussions on how we are all planning the logistics and stuff and I can assure you almost all of us are of the opinion that foreign players will meet the teams directly in UAE as that makes more sense. Imagine someone first coming to India, spending 10-14 days in quarantine over here and then again heading to UAE and going through their quarantine process. The foreigners are likely to join in directly unless some franchises change any plan in the eleventh hour,” the official said.