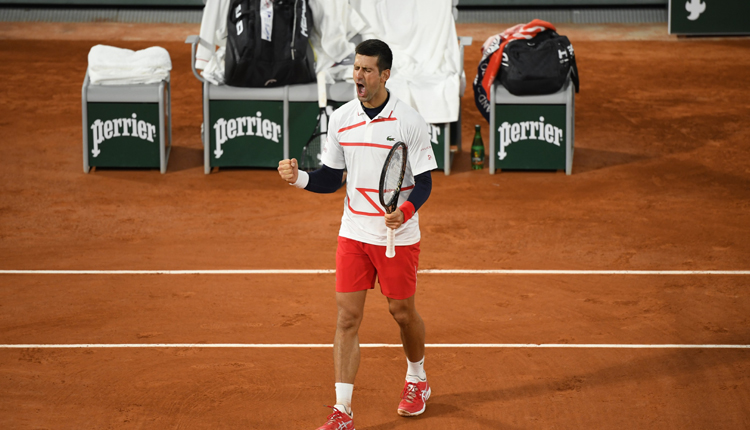 Paris: Novak Djokovic and Petra Kvitova have entered the semifinals on the ongoing French Open after registering contrasting wins in their respective quarterfinal matches.

In the men’s singles event, Djokovic, despite visibly struggling with his left arm early on Wednesday evening, defeated Pablo Carreno Busta 4-6, 6-2, 6-3, 6-4 in three hours and 10 minutes to make it to his 10th semi-final at the Roland Garros.

“Well, I definitely didn’t feel great coming into the court today,” the Serbian admitted after the match. “Few things happened in the warm-up. I had to deal with those physical issues coming onto the court. As the match went on, I felt better, didn’t feel as much pain.”

“But I don’t want to take away anything from his good performance. Especially for a set and a half he was the better player, dictating the play. I was very neutral. I didn’t have much energy really happening in my legs or movement or game itself,” he added.

The world number one will next face Stefanos Tsitsipas, who ousted Hamburg European Open champion Andrey Rublev in straight sets.

Meanwhile, in the women’s singles event, Kvitova booked her place in the last four following a 6-3, 6-3 win over Laura Siegemund in 78 minutes.

The seventh seed, who is yet to drop a set this fortnight, was impressive against Siegemund as she claimed 77 per cent of her first-serve points and converted five of 10 break points.

“I think I’m still same clay player as I was before, but I just think that I find those conditions here and I’m still mentally tough,” Kvitova said. “I mean, I played indoor, outdoor, sun, wind, whatever, rain, whatever happens… I think eight years ago I think it was everything, you know, kind of (the) same, same weather.”

Kvitova will face this year’s Australian Open champion Sofia Kenin for a place in a maiden Roland-Garros final.

Google To Now Alert Users About Critical Issues Within Apps