For Yuvraj Singh What Is Next- Acting Or Coaching? Southpaw Reveals All (Watch) 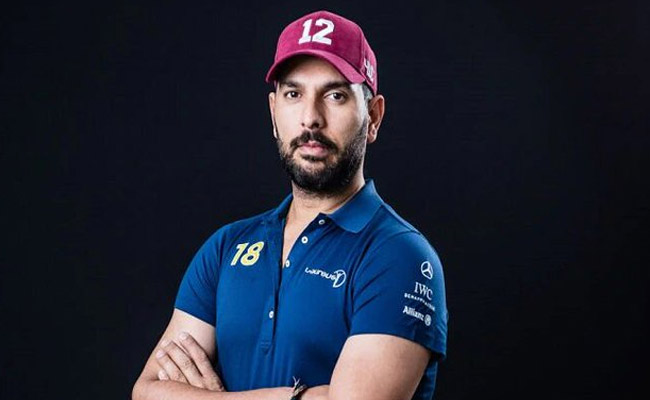 Yuvraj Singh is a legend in the world of cricket. From his stylish left-handed batting to hitting 6 sixes in a row, the cricketer had his ways of making people love him, winning matches for India and also staying in limelight for his associations with Bollywood celebrities. Post announcing his retirement from the Indian cricket, there has not been much buzz about what exactly he intends to do with his time in the coming days.

During an interview recently he spilled all the beans and made fans wonder as to in which role they would love to see him as – an actor or as a coach?

Yuvraj revealed to Nikhil Naz during the interview that after playing cricket for around 25 to 30 years he is now on a break and wants to relax for a while before deciding his further course of action. When coaxed regarding making a debut as an actor as his father and wife already are actors, Yuvi said that he may think of giving it a try. He also revealed that he loved the actor who did his role in the biopic movie based on Dhoni’s life but did not like the way he batted.

The cricketer also made a shocking revelation that the functioning of Kings XI Punjab helmed by Preity Zinta and Ness Wadia was not to his liking and he was unhappy with the franchise during his association with them for 2008, 2009 and 2010 IPL seasons. Yuvi said, “I wanted to run away from Kings XI Punjab … the management didn’t like me there … they did nothing I asked them to do … and when I left they bought all the players I had been asking them to. I love Punjab but I did not like the running of the franchise.”

Would Yuvraj Singh Like To Become A Coach Or A Commentator?

On following the footsteps of some of his fellow cricketers of becoming a commentator, the star batsman believes that doing commentary is not his forte and he would rather take up as a coach. He appreciated the role of Gary Kirsten as the coach of the Indian team and how he helped Zahir Khan get back on track after a bad spell in bowling.

The famous cricketer at length discussed how a current lot of Indian cricketers should be trained and believes that the team needs a psychiatrist who can tune in the minds of the young players according to the need of the game. If he is given the chance to coach the Indian team, Yuvi would like to treat each player according to the player’s temperament. He believes that the current lot of Rishabh Pant, Hardik Pandya is very talented and hence their talent should be treated accordingly.

So if Yuvi becomes the coach he would ask Jasprit Bumrah to go to sleep at 9 PM whereas would ask Hardik Pandya to accompany him for a drink. He even questioned the dropping of an experienced Ambati Rayudu from the world cup team and instead of picking up players having experience of playing only 4 to 5 international matches in the middle order.

Made-in-India OnePlus 8 series available by End of May