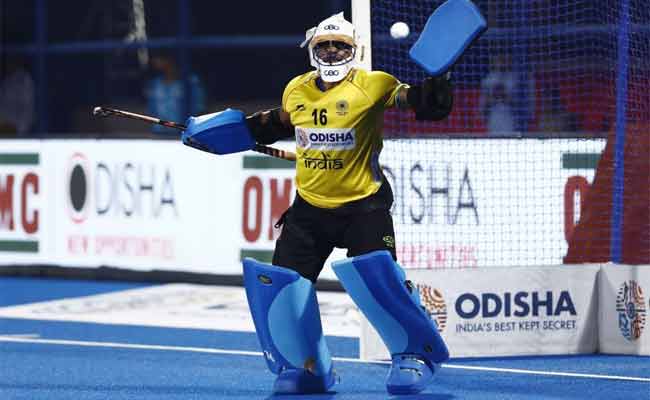 Bhubaneswar: India lost 3-4 to defending champions Australia but not before they put up a spirited display in their first match of the two-leg FIH Pro League encounter here on Friday.

India were down 1-4 before the final quarter, but rallied to pull back as they sounded the board twice only to run out of time in the end. Dylan Wotherspoon (6th minute), Tom Wickham (18th), Lachlan Sharp (41st) and Jacob Anderson (42nd) scored four field goals for the winners while Raj Kumar Pal (36th, 47th) and Rupinder Pal Singh (52nd) netted for the hosts.

Australia moved up to the third position in the standings with nine points from five games, while India remained a spot behind with eight points from as many games.

The Aussies went ahead with Wotherspoon deflecting home Sharp’s pass from close range, and from there on they kept India under a tight leash. Wickham doubled Australia’s tally with a close range tap in in the 18th minute.

India pegged one back when Raj Kumar scored from a rebound after Rupinder’s initial flick from a penalty corner was saved by Australia goalkeeper Andrew Charter.

The Aussies then hit back by netting twice in a span of two minutes to take a 4-1 lead.

The fourth quarter gave the home fans much to cheer as India reduced the margin riding Raj Kumar’s field goal. Rupinder scored another as he converted a penalty corner to make it 3-4.

In the dying minutes, Rupinder’s shot went just wide as goalkeeper P.R. Sreejesh made a few stunning saves at the other end.

The two teams will meet in the second match here on Saturday.

Amidst Coronavirus Scare, Port Health Unit To Be Set Up In Paradip

Data Of 533 Million Facebook Users Being Sold Via Telegram…