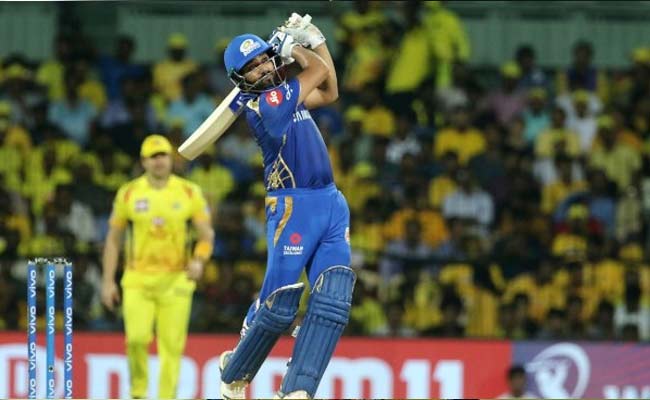 New Delhi: The Sports Ministry has made it very clear to the Board of Control for Cricket in India (BCCI) along with other national federations that any event that has to be held amid the coronavirus outbreak will have to be behind closed doors. The diktat clearly means that if the board has to hold the Indian Premier League, it has to be without public gathering.

Speaking to IANS, Union Sports Secretary Radhey Shyam Julaniya has made it clear that if a sports event is unavoidable and has to be organised, it should be done ensuring there is no public gathering.

“All national federations, including the BCCI, have been told to adhere to the guidelines and advisory issued by the ministry of health and public welfare. We have also told them to avoid any public gathering and if a sporting event has to be organised, it should be done without gathering of people.

“It is the state government who has to manage the crowd and who has the power under the epidemic diseases act (Epidemic Act of 1897). If it is unavoidable and it has to be organised, then they should do it without collecting the crowd,” he pointed.

This clearly is an indication for the BCCI that if they do go ahead with the IPL, it has to be behind closed doors. When contacted, a BCCI official said that the decision of the central government needs to be adhered to.

“The BCCI will take the best possible course of action in the interest of the game, the players, the fans and the league. The circumstances are changing and the board doesn’t really have control over the situation. The IPL Governing Council is meeting in Mumbai on Saturday and has to take a call keeping in mind the diktat handed by the central government,” a BCCI official told IANS.

The central government on Wednesday suspended all visas, barring a few categories like diplomatic and employment, in an attempt to prevent the spread of coronavirus as cases across the country rose over 70.

When contacted, an official of an IPL franchise said that it was important that the BCCI also keeps the franchises in the loop in the current circumstance. “We have come to a scenario wherein we get to hear of developments from the media rather than the board. All stakeholders should be kept in loop with regards to the decisions being taken. If the Sports Ministry has already made it clear that there can be no public gathering around sporting events, then it is very clear that the IPL has to be held either behind closed doors or be deferred. Don’t think the second is an option as such getting foreign players post the original window will be an issue,” the official said.

CSK CEO Kasi Vishwanathan has made it clear that the fresh visa advisory from the Indian government has made it almost impossible for foreign players to join their respective teams in the 13th edition of the IPL before April 15 unless the BCCI gets special permission.

Speaking to IANS, the CSK CEO said that most of the foreign players are booked on business visas and in such a scenario the fresh advisory sent out by the government on Wednesday says that they won’t be allowed entry till April 15.

“Most of the players are travelling with business visas and that is how they come and play in the IPL. So, it will be impossible for them to join the teams unless the BCCI gets special permission. As of now, it is not possible as the diktat is pretty clear and we cannot go against the government,” he said.

Asked what could be the best way forward, he said: “The BCCI needs to sit down with the government and I mean both the central and the state governments across the board and get to some understanding on how they need to go forward. Unless special permission is given, it will not be possible for foreign players to join the teams.”

A second meeting of the Group of Ministers on Wednesday cancelled all visas, except for a few official categories, till April 15 in the wake of the growing coronavirus scare.

In the meeting held at Nirman Bhavan in the national capital, it was decided that all existing visas, except diplomatic, official, UN/international organisations, employment and project visas, stand suspended till April 15 as the coronavirus outbreak has already seen over 60 positive cases in India.

The coronavirus outbreak was on Wednesday declared a “pandemic” by the World Health Organisation (WHO), whose chief expressed his “deep concern” over the “alarming levels of inaction” in combating the virus spread.