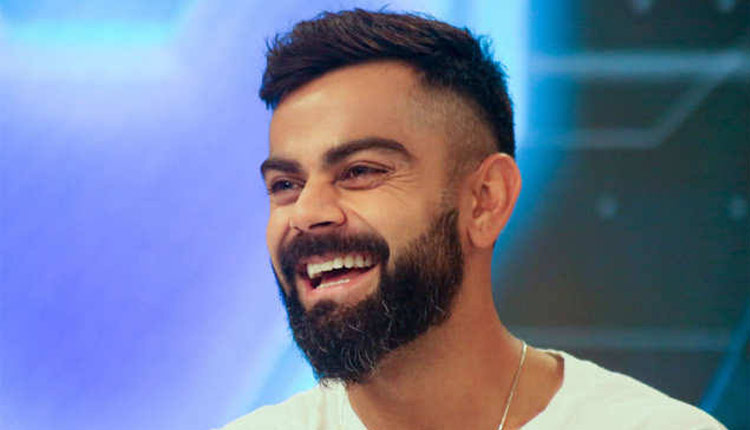 Pune: India captain Virat Kohli hardly has a cheat day, but ahead of India’s third and final T20 international against Sri Lanka here, he seemed to be in the mood going by his social media post.

Kohli shared a picture of him batting at the nets with the caption: “Ball out of the Bowlers hand and Chole Bhature for a cheat meal deserve the same kind of focus.”

In the photo, Kohli was a picture of concentration as he watched the ball being released from the bowler’s hand.

Ball out of the Bowlers hand and Chholle Bhature for a cheat meal deserve the same kind of focus. ?? pic.twitter.com/ctEs96bvQa

Known to be a fitness freak who rarely has a cheat day, Kohli recently spoke about having treated himself to a chicken burger, one big plate of french fries and a chocolate shake after his epic knock of 235 against England in Mumbai in 2016.

“When I finished on 235, I was gone, I was cooked because during the game I don’t like to eat heavy, so I was focusing on bananas and water and a little bit of dal-chawal and so on. So Basu sir (Shanker Basu) told me, ‘tonight, you can afford to eat anything you like,’ but even then I ordered — and I was eating meat that time — I ordered a chicken burger.

“I took off the top bun — I couldn’t stop myself — I said, okay, one piece of bread is okay, not two, but then I had a big plate of fries and then I had a chocolate shake along with that because I knew my body needs it,” Kohli had said in an interview to India Today.

India leads the three-match T20 series against Sri Lanka 1-0 after their facile seven-wicket win in Indore on Tuesday. Kohli hit the winnings runs by whacking a six as he remained unbeaten on 30 from 17 deliveries.

The first T20I in Guwahati was called off without a ball being bowled due to rain and wet patches on the pitch.

The third and final T20 will be played here on Friday.