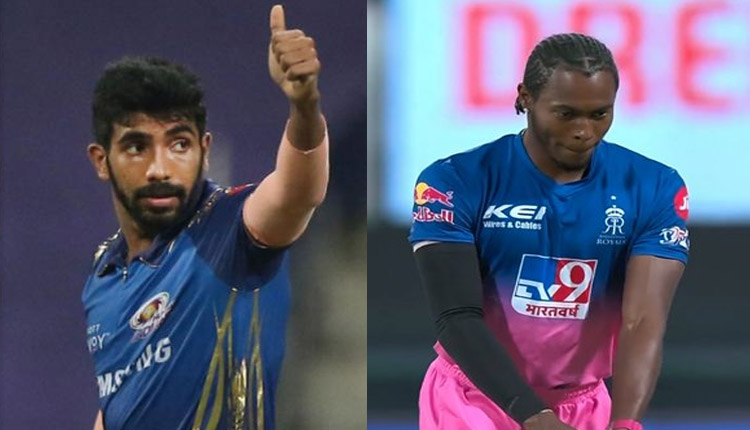 New Delhi: Mumbai Indians (MI) speedster Jasprit Bumrah and Rajasthan Royals (RR) fast bowler Jofra Archer bowled the maximum dot balls (175 each) in the just-concluded Indian Premier League (IPL). There are four Indians, including Bumrah, among the top 10 bowlers who bowled most deliveries off which no run was scored.

Bumrah was a key cog in MI’s successful campaign; the franchise won its fifth IPL title, beating Delhi Capitals (DC) in the final on Tuesday.

Bumrah, who is in all three Indian squads for the upcoming Australian tour, finished second in the most wicket takers’ list with 27 scalps in 15 matches. DC’s Rabada was the highest wicket taker of the IPL with 30 wickets in 17 matches.

“Well done @mipaltan! Without a doubt the best team this year,” de Villiers tweeted on Tuesday after MI’s win.

Well done @mipaltan ! Without a doubt the best team this year. https://t.co/j9N2ns3Ozs

RCB are one of five teams to have managed to beat MI this season, getting past them in Super Over in a group stage fixture. de Villiers was Man of the Match for a typically ballistic 55 off 24 balls. He ended the season with 454 runs and was the third highest runscorer for RCB behind captain Virat Kohli (466) and opener Devdutt Padikkal (473).

MI, meanwhile, won the trophy after finishing on top of the table in the group stage. It was only the fourth instance of a team doing so with MI themselves doing it in 2017 and 2019 and Rajasthan Royals doing the same in the inaugural 2008 season.