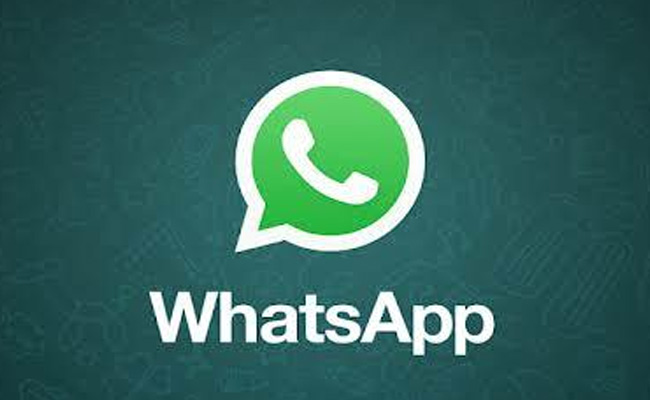 New Delhi: Facebook-owned WhatsApp has reduced the Status video limit from 30 seconds to 15 seconds in India to cut strain on Internet networks during the coronavirus lockdown in the country as millions of people have started sharing videos in Status.

A tweet by WABetaInfo has revealed WhatsApp has put a bar on time limit for videos posted under the ‘Status’ section of the Facebook-owned instant messaging app.

“You can no longer send videos to WhatsApp Status if they are longer than 16 seconds: only videos having a duration of 15 seconds will be allowed. This is happening in India and it’s probably an initiative to reduce the traffic on the server infrastructures,” WABetaInfo tweeted.

ANNOUNCEMENT:
You can no longer send videos to WhatsApp Status if they are longer than 16 seconds: only videos having a duration of 15 seconds will be allowed.
This is happening in India and it’s probably an initiative to reduce the traffic on the server infrastructures.

India has over 400 million WhatsApp users.

Facebook-owned messaging platform is asking users to crop any video longer than 15 seconds time duration and only then it can be posted as Status.

At the time of launch, WhatsApp allowed 90 seconds to three minutes of video and if the existing video is larger than 16MB if given an option to trim the length of the video before sending it. Later, the limit was reduced to 30 seconds.

WhatsApp sees 40% increase in usage in time of pandemic

As COVID-19 pandemic envelopes the world, WhatsApp has seen a 40 per cent increase in usage, according to a study by Kantar, a data and consulting company.

Across all stages of the pandemic, WhatsApp is the social media app experiencing the greatest gains in usage as people look to stay connected. Overall WhatsApp has seen a 40 per cent increase in usage.

Kantar conducted the largest global study into consumer attitudes, media habits and expectations during the COVID-19 Pandemic. Kantar estimates that for WhatsApp in the early phase of the pandemic usage increases 27 per cent, in mid-phase 41 per cent and countries in the late phase of the pandemic see an increase of 51 per cent.

Spain experienced a 76 per cent increase in time spent on WhatsApp. Overall Facebook usage has increased 37 per cent. China experienced a 58% increase in usage of local social media apps including Wechat and Weibo.

According to a study, there is a crisis in trust. Traditional nationwide news channels (broadcast and newspaper) are the most trusted sources of information with 52 per cent of people identifying them as a ‘trustworthy’ source.

Government agency websites are regarded as trustworthy by only 48 per cent of people, suggesting that government measures are not providing citizens around the world with assurances and security.

Also reflecting the loss of trust from recent election cycles, social media platforms are regarded by only 11 per cent of people as a source of trustworthy information.

Increased usage across all messaging platforms has been the biggest in the 18-34 age group. WhatsApp, Facebook and Instagram have all experienced a more than 40 per cent increase in usage from under 35-year olds.

Consumers expect the brands they choose to look after their employees first and foremost with 78 per cent saying take care of employees’ health and 62 per cent saying implement flexible working.

Supporting hospitals (41 per cent) and being helpful to the government (35 per cent) is an expectation of a significant minority of consumers, the study says.