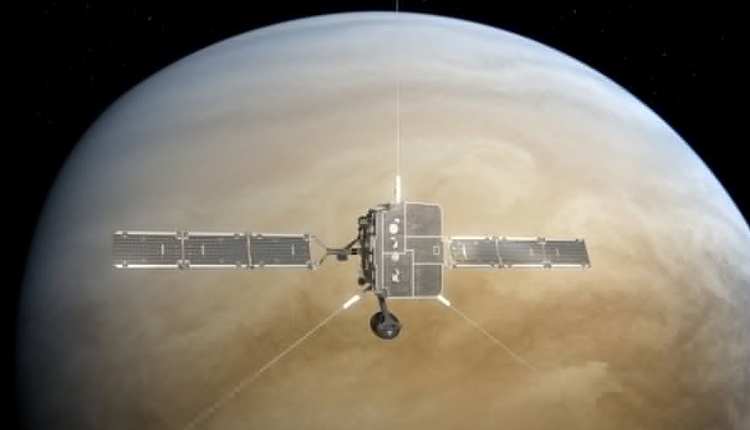 London: The joint US-European Solar Orbiter spacecraft has completed its first of many gravity assist flybys of Venus, to start bringing it closer to the Sun and tilting its orbit in order to observe our star from different perspectives.

“First #VenusFlyby completed for #SolarOrbiter,” the official Twitter handle of the spacecraft tweeted.

A partnership between NASA and the European Space Agency (ESA), the probe was launched in February to study the Sun.

Its mission is to perform unprecedented close-up observations of the Sun and from high-latitudes, providing the first images of the uncharted polar regions of the Sun, and investigating the Sun-Earth connection.

The Solar Orbiter’s path around the Sun has been chosen to be “in resonance” with Venus, which means that it will return to the planet’s vicinity every few orbits and can again use the planet’s gravity to alter or tilt its orbit, the ESA said.

The next encounter will be in August 2021,the agency said.

Initially, the spacecraft will be confined to the same plane as the planets, but each encounter of Venus will increase its orbital inclination.

By 2025 it will make its first solar pass at 17 degree inclination, increasing to 33 degree by the end of the decade, bringing even more of the polar regions into direct view.

This will result in the spacecraft being able to take the first ever images of the Sun’s polar regions, crucial for understanding how the Sun “works”, for investigating the Sun-Earth connection and how we can better predict periods of stormy space weather, the ESA said.

What Is Fleather, The New Alternative To Animal Leather