Chennai: Indian Space Research Organisation (ISRO) Chairman K.Sivan’s statement on Saturday that Rs 978 crore Chandrayaan-2 mission was 98 per cent success has invited scorn many former senior officials of the space aggency. “In one week (success) percentage has increased by three per cent. By the unitary method, in another five days, the success rate […]

"In one week (success) percentage has increased by three per cent. By the unitary method, in another five days, the success rate will become 100 per cent," was the sarcastic comment made by a former official, who did not want to be identified, to IANS.

Talking to media persons in Bhubaneswar on Saturday, Sivan had said: "We could not establish any communication with the lander (Vikram) yet. The project was developed in two parts - science and technology demonstration. We achieved total success in science objective while in technology demonstration, the success percentage was almost full. That's why the project can be termed as 98 per cent successful."

On September 7, the 1,471 kg Vikram, while on its descent to soft land on the Moon's south polar region, apparently lost control and crash-landed, snapping communication links.

Later the ISRO, in an official statement, said: "The success criteria was defined for each and every phase of the mission and till date 90 to 95 per cent of the mission objectives have been accomplished and will continue contribute to lunar science, notwithstanding the loss of communication with the lander."

On July 22, the Rs 978 crore Chandrayaan-2 was launched into the space by India's heavy lift rocket GSLV-Mk III in a text book style.

After five earth-bound orbit raising activities, Chandrayaan-2 was inserted into the lunar orbit. On September 2, Vikram separated from the orbiter.

"A hypothetical but a possible scene - the Orbiter fails after Vikram's separation and the later safely lands and the rover Pragyan also functioned as planned. So, what will be the success percentage - two?" wondered a former official.

"It is time for the ISRO Chief to think, measure and talk. We are being watched by the international media," he added.

Former officials were unanimous in their view that ISRO has to accept the failure, own responsibility, take sincere steps to learn from the failure and identify the remedies first.

"ISRO should use and listen to all possible expertise as it used to do in the past. I am pained to see no signs in this direction," the official added.

Retired officials pointed out to IANS, that the Chandrayaan-1 mission was termed as 95 per cent success as it has fallen short in its life, though scientifically it did more than expected.

"The failure analysis went through for more than a year then. Now claiming 98 per cent success for Chandrayaan-2 in the first month itself is not correct," a retired official said.

On ISRO's claims that moon landing was a technology demonstrator, he added: "Soft landing by Vikram and in-situ analysis by Pragyan were part of the overall mission objectives." 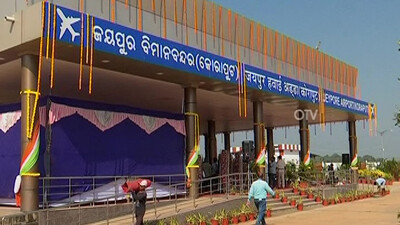