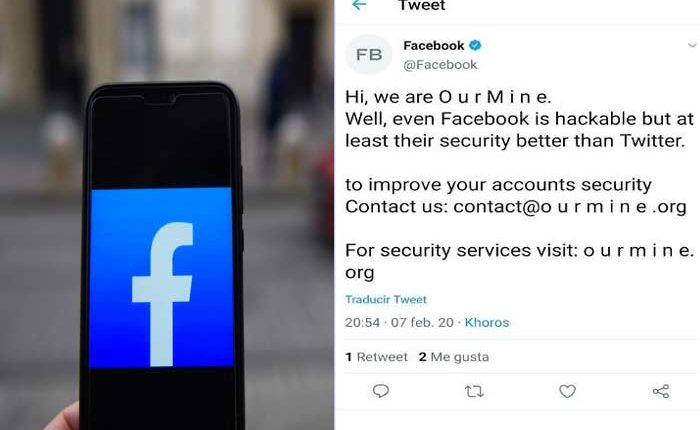 San Francisco: The official Twitter accounts of Facebook and its messaging app Messenger were hacked and the cyber criminals posted messages from both the platforms.

The hackers also temporarily took over Facebook’s accounts on Instagram through a third-party platform and posted a photo of the hackers’ group.

“Hi, we are O u r M i n e. Well, even Facebook is hackable but at least their security better than Twitter,” posted the hackers.

A Twitter spokesperson confirmed to POLITICO the accounts “were hacked through a third-party platform”.

Twitter declined to name the third-party platform, but a screenshot of the tweets show that the posts came from social media management tool Khoros, reports CNET.

“As soon as we were made aware of the issue, we locked the compromised accounts and are working closely with our partners at Facebook to restore them,” the spokesperson added.

The hacker group OurMine hijacked in the past Twitter accounts of more than a dozen NFL teams in January before the SuperBowl.

The group has been active since 2016 and is believed to consist of several Saudi teenagers.

In a statement, a Facebook spokesperson said, “Some of our corporate social accounts were briefly hacked but we have secured and restored access.”

Cupid-Struck Nepali ‘Kanchi’ And Odisha Youth Walk Down The Aisle