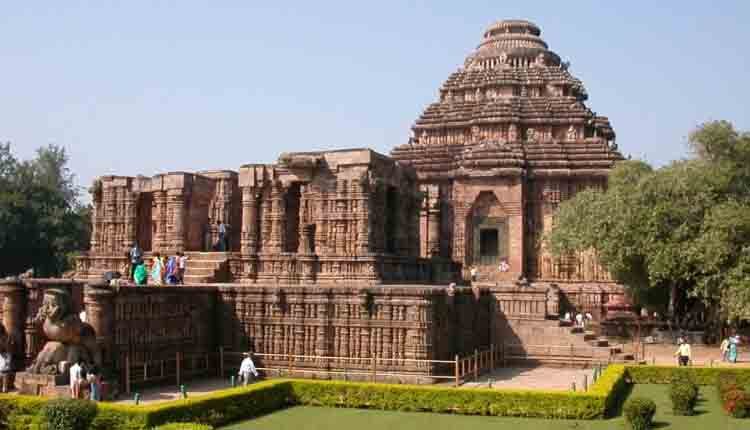 Bhubaneswar: Union Minister for tourism and culture, Prahlad Singh Patel’s announcement that the Konark sun temple will soon find a place in the list of country’s iconic sites to be developed by the central government must have re-assured the people of Odisha who had been hurt by its non-inclusion in the original list that was released soon after union finance minister, Nirmala Sitharaman presented her maiden budget in the parliament last year.

The minister, who chose the two-day National Tourism Conference 2020 at the Konark Eco Retreat to make the announcement, also assured to take up the issue of sun temple’s conservation with the Archaelogical Survey of India (ASI) which has been tasked with the preservation of this UNESCO heritage site. The top conservation agency of the country has been facing flak for not taking proper care of the 13th century structure which is one of the biggest tourist draws of the state.

The more important issue, however, is why was Konark not included in the original list in the first place. There is no denying the historical importance of the temple which is considered to be an architectural and sculptural wonder with its intricate stonework that leaves people mesmerized. Made of red sandstone the Black Pagoda, as this edifice designed in the shape of a chariot is known to many outside India, marks the acme of Orissan temple architecture.

Konark is among the top tourist attractions of the country. But if it was still not included in the first list of Centre’s iconic sites to be developed with a budget of Rs.5000 crore the blame should lie entirely with the state which has failed to market its heritage properly. The truth is Odisha has so much to offer to the rest of the world in terms of history, culture and natural beauty but the state has failed to showcase it in a manner that would draw the attention of the people who matter.

This also requires a lot of political lobbying, another area where we have been lagging behind most other states of the country. With just 21 MPs in the Lok Sabha, Odisha has never been taken seriously by successive governments at the Centre who have been prejudiced against the state. Bigger states like Uttar Pradesh, Bihar and Maharashtra have always managed to corner the lion’s share of any budgetary allocation made for developmental initiatives in various sectors.

However,  Odisha should find itself better placed in this regard in this new era of coalition governments where regional parties such the Naveen Patnaik-led Biju Janata Dal (BJD) have emerged as important players on the national political scene. With the Modi-led National Democratic Alliance (NDA) currently needing the support of BJD to make the right numbers in the Rajya Sabha, the state government is in a position to put pressure on the Centre to get its demands accepted.

The question is whether the state’s ruling party is able to use this bargaining chip to its advantage or not. Besides, on matters concerning the state’s interest, the ruling party should also get the support of its rivals like BJP and the Congress. The BJP, in fact, worked more or less in tandem with the BJD to exert pressure on the union tourism ministry on the issue of Konark. They need to extend this cooperation in many other areas.