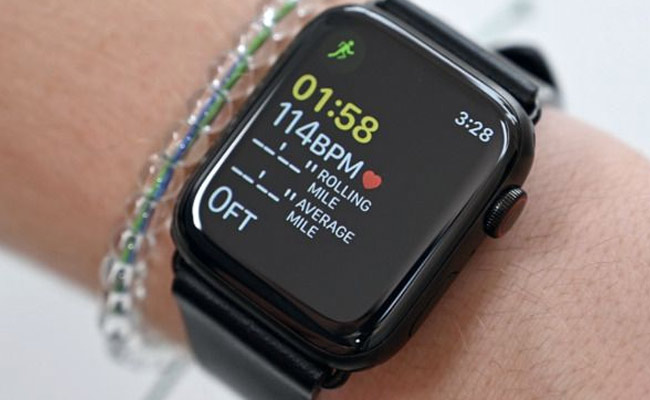 London: In another example of how Apple Watch can save peoples lives, an 80-year-old woman in Germany was saved by the ECG functionality of Apple Watch for uncovering her heart condition that was missed by a hospital’s own ECG during a diagnosis.

According to a study by Oxford University researchers published in the European Heart Journal, the elderly woman attended the University Medical Center Mainz of Johannes Gutenberg University, Germany, with what was described as “typical angina symptoms.”

The patient also advised of two ‘praesyncopy’ episodes, a situation where a person almost loses consciousness due to reduced flow of oxygenated blood to the brain.

Going through details of the woman, doctors performed an initial 12-channel ECG. The test did not see any evidence for ischaemia, which is a restriction in blood vessels that can restrict the blood supply.

Later, the patient showed doctors the results of the ECG tests she took with her Apple Watch, revealing ‘tracings with marked ST-segment depression’.

In those results, the doctors did see evidence of myocardial ischemia, and the patient was later transferred to the catheterization lab.

“Accordingly, the patient was treated with coronary artery stenting and left the hospital a day later,” the study authors wrote.

Twitterati Is In Splits After #JusticeForKaku Floods All…

“The development of smart technologies paves the way for new diagnostic possibilities. In the case of the Apple watch, after the mobile application is installed, the records an ECG when a finger is placed on the watch’s digital crown. A 30-s tracing is stored in a PDF file that can be retrieved from the application,” said the study.

“Thus, the Apple watch may be used not only to detect atrial fibrillation or atrioventricular-conduction disturbances but also to detect myocardial ischaemia,” the authors wrote.

There have been several examples where Apple Watch saved lives in the past.

A US doctor recently saved a person’s life by using Apple Watch Series 4 on his wrist to detect atrial fibrillation (AFib) at a restaurant.

An Apple Watch user in the UK was alerted about his low heart rate by the device. It revealed a serious heart condition that ultimately resulted in surgery to fix the problem.

US will have COVID-19 vaccine by year’s end: US Prez Donald Trump