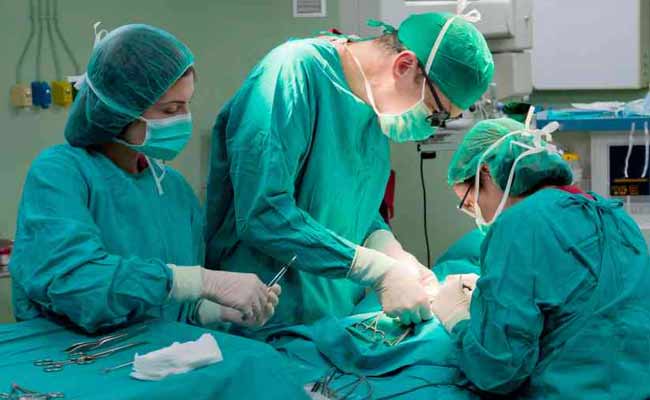 Chennai: The doctors at the VGM Gastro Centre in Coimbatore were baffled when they saw a ball of hair and empty shampoo sachets in the stomach of a 13-year-old girl after a CT scan followed by endoscopy.

Couple of weeks back, the girl from an upper strata family was brought to the hospital by her parents for severe stomach pain and lack of appetite.

“On preliminary physical investigation, we felt a lump inside her stomach and decided to do a CT scan. It was followed by endoscopy,” surgeon R. Gokul Krubashankar told IANS over phone from Coimbatore.

The doctors found the endoscopy tube being blocked.

“We told the parents that there is a ball of hair inside her stomach which has to be taken out by operating her. But the parents — well educated and both employed — were in a denial mode and went away. The next day they came back as the girl was suffering from severe pain,” Krubashankar said.

The doctors took out a ball of hair and empty shampoo sachets from her stomach weighing about half a kilo.

On further enquiry, it was learnt that the child was upset after her maternal uncle, who used to live abroad and was supposed to meet her soon, died suddenly some six months back.

“The girl was very much attached to her uncle and vice versa,” Krubashankar said.

He said the girl went into depression due to that trauma and started the strange habit of eating her own hair and empty shampoo packets.

The parents did not notice the behavioural changes in their daughter. She had thick hair and hence the hair loss was also not noticeable, he said.

According to Krubashankar, the girl has gone back home. The parents and the girl have been advised to undergo counselling.

“The parents have to undergo counselling so that they do not start pointing accusing fingers at their daughter, nor should they start monitoring her strictly as that could push the girl into further depression,” Krubashankar added.

The take home message from this case is that parents have to be alert in spotting any behavioural changes in their child. The other point is that even children could get into depression owing to a trauma, Krubashankar said.

Column: A Movement Synonymous With Dignity of Women

Men Occupying Ladies’ Seats In Buses To Be Penalised Soon