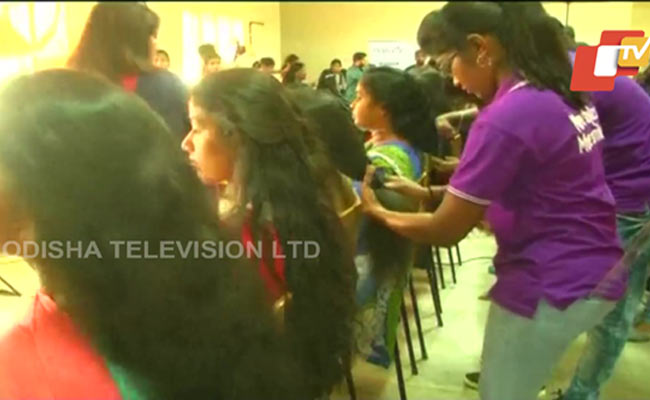 New Delhi: Donating hair is a great way to show our support to people battling cancer and in one such noble initiative 80 girl students of a private college in Tamil Nadu have donated a portion of their hair which has left netizens impressed.

A report doing the rounds on social media stated that around 80 girl students of a college in Coimbatore donated a portion of their hair which will be used to make wigs for cancer patients and will be given to the cancer patients who are undergoing treatment.

Tamil Nadu Pradesh Mahila Congress applauded the students for their efforts and wrote, “Giving is not just making a donation but it’s about making a difference. 80 college students from Coimbatore donated a part of their hair towards cancer patients. This act of kindness will definitely go a long way even though it isn’t financial help. Way to go girls.”

As the news surfaced on the Internet, Twitterati have flooded social media with their reactions.

A user wrote, “It’s ‘Shakti’ always comes as the DEVI for the betterment/wellbeing of mankind.”

Another wrote, “Sacrifice their so valuable things…Salute.”

A post read, “Laudable…Oh sisters you are doing a commendable job for our society.”

“Those girls sacrifice their so valuable things…Salute to them” a user remarked.

The World Cancer Report said that according to the estimated cancer burden in India in 2018, there are about 1.16 million new cancer cases, 784,800 cancer deaths, and 2.26 million five-year prevalent cases in India’s population of 1.35 billion.

Pulwama Attack: Buyer Of Chemicals From Amazon For IEDs Among 2 Held