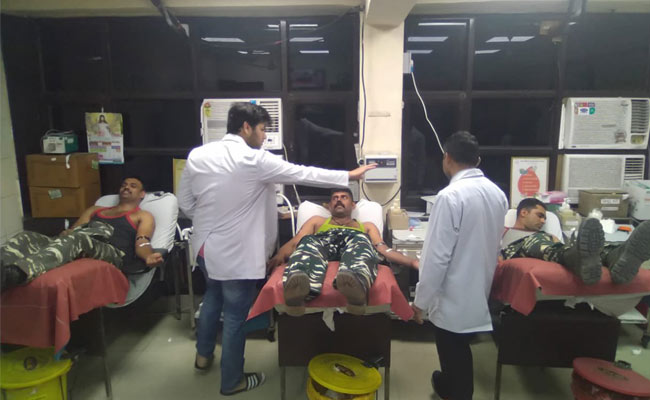 New Delhi: Around three dozen Central Reserve Police Force (CRPF) personnel donated blood at the GTB Hospital, here on Tuesday, to help aid the hospital in meeting the demand arising from the rush of those hurt in violence, officials said.

A group of 50 CRPF personnel were sent to the hospital. Of them, 34 donated blood and the rest were asked to be standby, said an official.

“The donation was made to supplement the blood bank of the GTB Hospital where fatal and non-fatal victims of the riots were being admitted since Monday,” the official said.

The riots have claimed 38 lives and left over 200 injured. It erupted in northeast Delhi on Sunday night and turned deadly on Monday.

COVID-19 At Decisive Point: WHO Chief