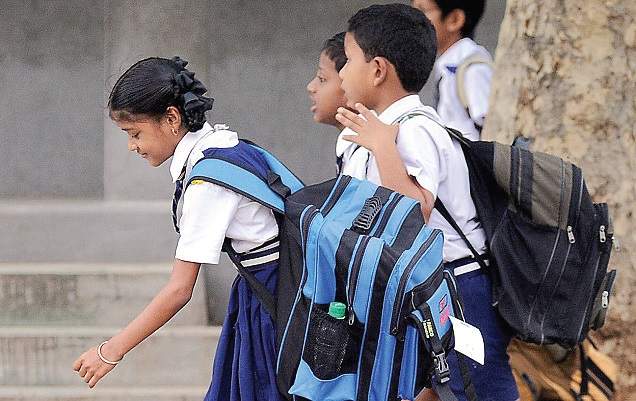 Bhubaneswar: Odisha Director General of Police Abhay has asked all the district police heads and DCPs in the State to take strong note and act against the alleged illegal stocking of private publisher books and their sale at exorbitant rates in various private English medium schools in the State.

The DGP’s directive comes in the wake of a letter from Basudev Bhatta, Chairman of Odisha Abhibhabak Mahasangha which pointed out that several CBSE, ICSE affiliated schools in the State are issuing notice to parents of students to mandatorily purchase designated private publisher books and thereby making huge profits.

According to the letter, the private schools intentionally do not disclose the list of books to parents but ask private publishers to supply the stocks. It forces parents to buy books from the schools itself as they are unable to get the books from general book stores. As per the union MHRD’s norms, use of NCERT books is mandatory for classes up to VIII, but all English medium schools are using private publisher books leading to huge financial burden on parents.

The parents association has urged the principal secretary of School and Mass Education department to take strong action against officials for nexus with private publishers and give special instruction to district education officers to call a meeting of private schools under CBSE and CISCE affiliated schools to follow NCERT books/curriculum with books as prescribed by NCPCR and Ministry of HRD.

The Abhibhabhak Mahasangha has also alleged even though the State government issued an order for implementation of guidelines for reduction of weight of school bags as per the MHRD’s directive dated August 1, 2019, neither the district collectors, DEOs have seriously enforced the order, nor furnished any reports in this regard to the government or the Orissa High Court.

Prasanna Bisoi, co-chairman of Odisha Abhibhabak Mahasangh during a presser said police scanner on illegal stockpiling of private publisher books in schools will go a long way in reducing the weight of school bags of the students and help relieve the financial load on parents. It will also help the government get better tax due to more selling of NCERT books.

“We will not at all tolerate the action of dalals trying to make profit by turning schools into place of unethical bookselling depots and destroying the future of our kids for their self-interests,” said Bisoi.

Asked about the action taken in this regard by Odisha government, State School and Mass Education Minister Sameer Dash said, “Odisha government is aware of the need of steps for reduction of school weight bags but since CBSE & ICSE are central boards and the matter is sub judice any concrete steps regarding the matter will be taken after thorough discussion with all stakeholders.”