Youth ‘Thrashed’ By Cops For Refusing To Pay Rs 100 Fine In Bhubaneswar! 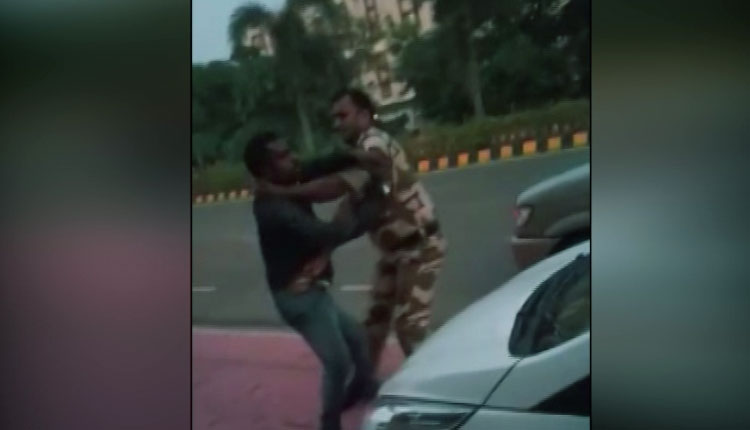 Bhubaneswar: Once again the working of police personnel has come under scanner after a youth was allegedly assaulted by cops for not paying Rs 100 fine for illegal parking near new airport road in the State capital city.

As per reports, the youth, identified as Ananta Behera, was sitting on the road after parking his vehicle. Soon a police team arrived at the spot and demanded Rs 100 from him.
Behera has alleged that the police personnel thrashed him when he insisted to pay the fine through e-challan.

“I had parked my vehicle and was sitting at the spot when a police team came near me and demanded Rs 100 as fine. When I told to pay the fine through e-challan, the men in uniform threatened to take me to police station and splurge Rs 2000 as fine from me if I did not paid the penalty at the spot. Later, they beat me up,” alleged Behera.

Following the incident, palpable tension prevailed at the spot when locals and eyewitnesses protested the alleged police excess and detained the cops. The police team pacified the irate locals and also took an injured Behera to the hospital.

On the other hand, one of the police personnel present on the spot clarified that, the youth had parked his vehicle in the no parking zone and so he was asked to pay the fine.

“After the youth refused, we started taking pictures for e-challan. When we were trying to take him to the police station, his head dashed against the door of our vehicle and he got injured,” he said.