Youth Critical A Day After Lodged In Jharpada Jail; Admitted To Capital Hospital 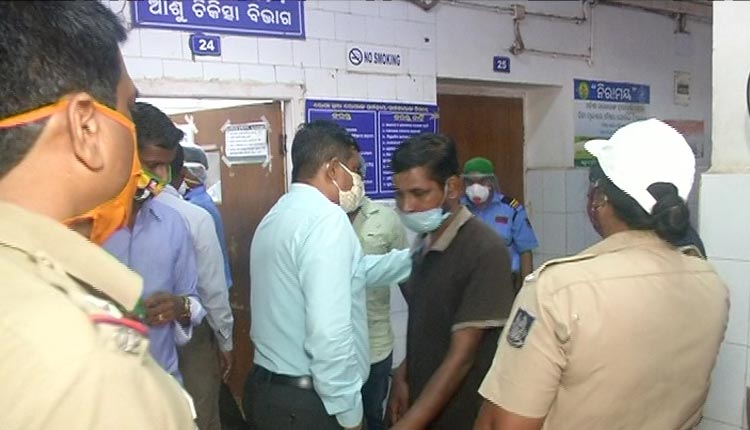 Bhubaneswar: Within a day after a youth was arrested and subsequently lodged in Jharpara Jail in Bhubaneswar, he was hospitalised after his health condition deteriorated on Thursday.

According to reports, the youth was arrested along with his father and brother by the Khandagiri Police yesterday. They were produced in a court and later sent to Jharpara jail.

However, his health condition allegedly became critical today following which he was rushed to the Capital Hospital.

Youth, who was lodged at Jharpara jail yesterday, critical, admitted to Capital Hospital

While the exact cause behind the deterioration of the health of the youth is yet to be ascertained, his mother held the police responsible for it.

“My two sons got into a fight yesterday following which I called up the police thinking that they would intervene and stop the fight. Instead, the inspector-in-charge of Khandagiri Police Station and some other policemen thrashed my sons so severely that one of them started bleeding from mouth,” alleged the mother of the youth, Sulata Sahu.

“They also thrashed my husband and later took him along with my two sons into custody. As my son became critical, they shifted him to the Capital Hospital today,” she added.