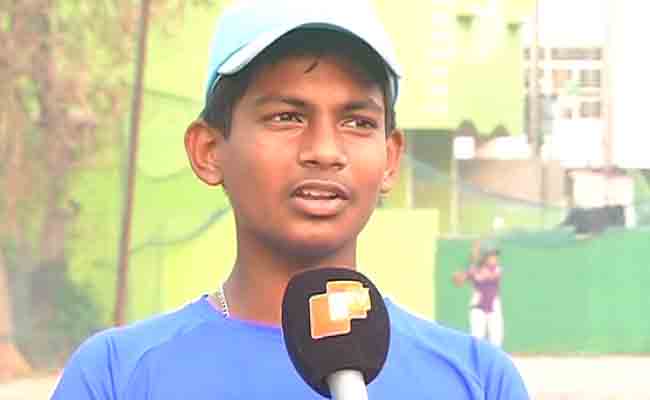 Bhubaneswar: There is little doubt about the fact that India has produced some of the greatest tennis players like Mahesh Bhupathi, Leander Paes, Sania Mirza and Rohan Bopanna who have made a big impact at the international level. It is these players who become inspiration for the young lads aiming to shape up their careers in the sport.

One such young tennis player from Odisha, Debashish Das, who grew up looking up to the big names, is almost on the verge of creating history with his top-notch skills.

Debashish, who became the first Odia to achieve this feat, has been undergoing a vigorous training with practice sessions lasting up to seven to eight hours a day on tennis court.

The young lad aims to secure his position in the Indian team and play the Under-14 tournament of Junior Wimbledon scheduled in May in London. “I will try my best to remain in the top two spots of ‘Road To Wimbledon’ and play the junior Wimbledon,” said Debashish, in an exclusive interview to OTV.

Debashish’s coach Farhan Ali is hopeful that his protégé will come out with flying colours in the qualifying round and gets a chance to play Wimbledon.”Debashish has the potential. His physical strength is up to the mark and he has everything that is required for the game.” said Ali.

Another young lad from Odisha, Kabir Hans, had bagged laurel for the State in ITF World Junior Ranking Tennis Tournament (Group-5) organized from 18th to 22nd November 2019 at the All Assam Tennis Association Complex in Guwahati.

Union Budget 2020: Big Reduction In Tax Rates, Boost To Agriculture And Many More