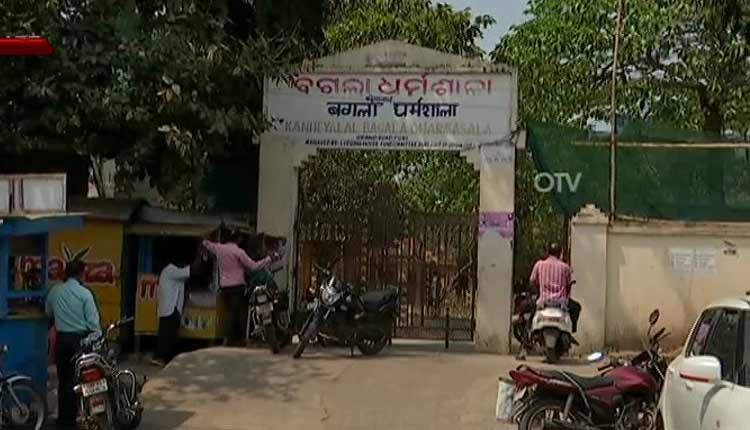 Bhubaneswar: Moments after BJP national spokesperson Sambit Patra launched a scathing attack on Odisha government alleging that the land of Bagala Dharmasala is being sold illegally, Puri district administration clarified that ‘It is wrong to say that the dharmasala land has been sold to private lodge owners and further added that its building has not been allotted to anybody.’

‘It is pertinent to mention that only 12% of total area related to Bagala Dharmasala premises have been utilized to rehabilitate sevayats/persons who have given their land that is within the 75 meters corridor of the Puri Jagannath Temple,” the district authorities mentioned in the letter in response to BJP’s Sambit Patra.

The district administration mentioned that only a few who have been residing and serving Lord Jagannath all their life have been rehabilitated in the dharmasala land because they donated their lands to the Temple for the Corridor project after the appeal of government and because of their devotion to the Lord.

The State Government as per the rehabilitation policy has reformed some of them on the land now belonging to Revenue Department (which previously belonged to (Lodging House Fund Committee). The rehabilitation policy has been approved by the Cabinet and the same is being executed to ensure security of the Temple, increase in capacity as well as provision of better quality accommodation for pilgrims, so that Puri emerges as a world heritage centre, the letter stated.

Earlier in the day, BJP’s Sambit Patra had said visitors especially the poor used to get a lot of lodging benefits due to the dharmasala for decades.

“The Centre too sanctioned Rs 20 crore for the development of the dharmasala under the PRASAD scheme and every department had issued no-objection certificate for the construction of the Shree Jagannath Tirtha Niwas in its land. The government created a plan whereby it promised to create lodging facilities for around 60,000 visitors and also spent Rs 3 crore from the central funds for the development of the niwas, but all of a sudden why did it stop the project and start selling the plots,” Patra said during a press conference today.

People of Puri say that the government is conspiring to sell away the precious land to appease its MLAs, bureaucrats and leaders, the senior BJP leader said.

Smelling conspiracy in the issue, Patra questioned that people who gave away the land within 75 metres from the Srimandir could have been rehabilitated somewhere else but why were they allotted plots from the Dharmasala land only.

Centre sanctioned Rs 20 crore for upliftment of #BagalaDharmashala. But #Odisha govt sold the land of the historic site to appease its MLAs, bureaucrats even after knowing that the matter is sub judice & land given away as donation a century ago cannot be sold: BJP’s Sambit Patra pic.twitter.com/tuUJJVaUz2

“Despite knowing that land donated for the welfare of people a century ago cannot be sold at any cost, why did the government take the step?” Patra questioned.

It may be noted that a devotee Kanheya Lal had donated the land of Bagala Dharmashala in 1905 to cater to the needs of pilgrims and economically-backward devotees.

Patra in his address mentioned that the government knows too well that the matter is sub-judice in the Orissa High Court and the Supreme Court. A social activist, Jagannath Bastia moved the High Court, the latter while hearing the case in December last year sought an explanation from the Odisha government. But the State authorities are yet to respond.

Meanwhile, Puri MP and senior leader from Odisha’s ruling party Pinaki Mishra said Bagala Dharmasala is a revenue land and has not been sold to anyone.

“As per the State Cabinet decision, only 15% of the land of the dharmasala has been allotted under ‘land-for-land’ policy to people who have given away their land to the temple beautification project,” said Mishra.