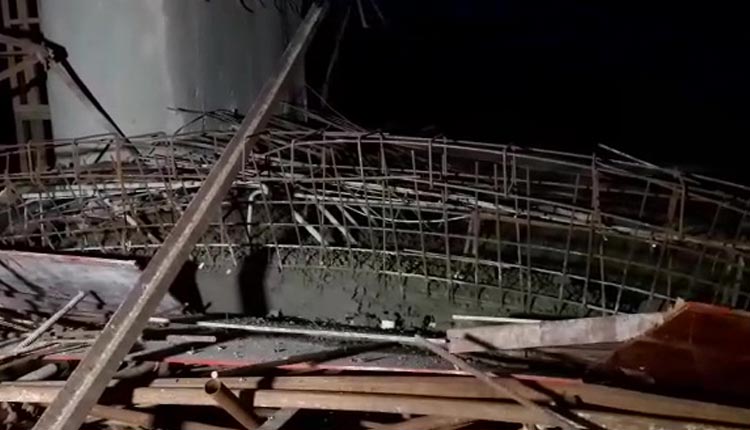 Umerkote: One worker lost his life while six others sustained injuries after the concrete slab of under-construction Biju Setu collapsed in Nabarangpur district on Sunday.

The mishap occurred in the evening near Talapadar in Umerkote area of the district where the bridge construction work was being undertaken by rural development department.

Soon, local residents of Talapadar and staff of 108 Ambulance launched a rescue operation. The injured were rushed to Umerkote Community Health Centre. The health condition of four among the injured is stated to be critical.

Locals of the region expressed disappointment and alleged inferior work and improper maintenance of safety measures during the construction as reasons behind the incident.

Meanwhile, BJP national vice president Baijayant Panda expressed distress over the death and injuries of labourers in the bridge collapse and said this has been happening with disturbing regularity in the State.

Distressed by the death & injuries of labourers in Odisha’s #Nabarangpur district from the collapse of an under-construction bridge: This has been happening with disturbing regularity in the state! Prayers for the departed soul & speedy recovery of the injured.
Om Shanti🙏🙏

Know The Top Guns Of Naveen Patnaik: Odisha Ministers Who Own Pistol, Revolver