Woman Dies After TV Explodes At Home In Odisha 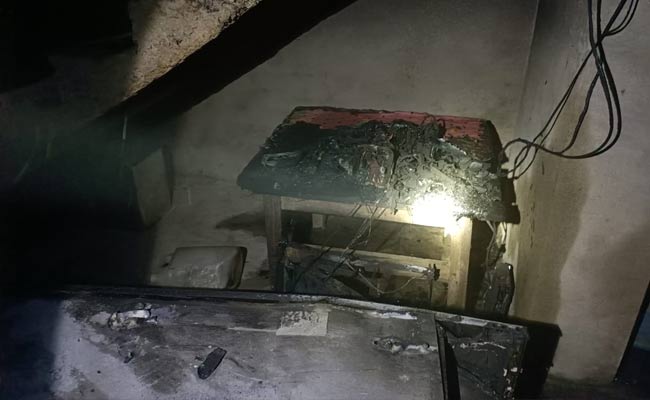 Sundergarh: A woman reportedly died while her husband and minor daughter sustained severe burn injuries after their Television set exploded at Lahandabuda under Dhuruhadihi Police limits in Sundergarh district on Friday.

As per reports, one Bobby Naik of Lahandabuda village was watching TV along with her husband Dileshwar Nayak and their six-month-old daughter yesterday evening at about 5 pm when the machine exploded reportedly due to a short-circuit.

Sources said that the explosion was so huge that their refrigerator and other items in the house caught fire, which eventually engulfed the entire room. Some of their neighbours rushed to help them after hearing the loud noise of the explosion.

Later, a team of firefighters reached the place after getting information about the incident. However, Bobby died at the spot while Dileshwar and his daughter were rushed to Sundergarh hospital for treatment. Later, they were shifted to Ispat General Hospital (IGH) in Rourkela as their condition deteriorated further.

“We rushed to their house after hearing a loud noise. The entire house was full of smoke as the TV had exploded and the refrigerator had caught fire. It was challenging for us to douse the fire and rescue them. Somehow we pulled Dileshwar and his daughter out of the house but unfortunately, Bobby died,” said Padmalochan Naik, an eyewitness.

Speaking about the mishap, Dileshwar’s relative Sushil Kumar Sahu said, “The incident took place while they were watching TV after returning from the temple where they had gone to attend the Shivratri rituals. I think the TV exploded due to a short-circuit.”

Dhuruhadihi Police, meanwhile, has initiated a probe into the matter.