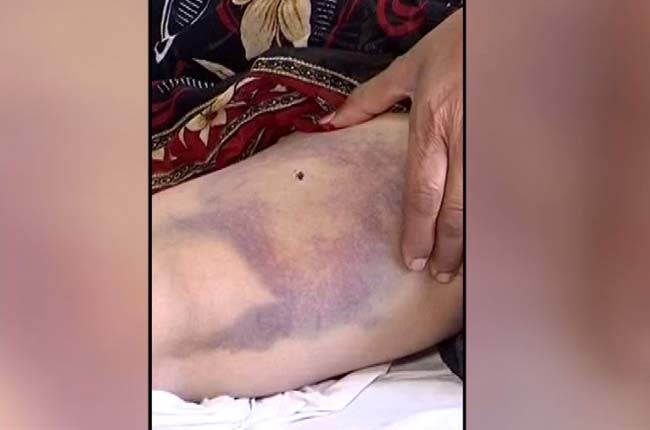 Puri: A woman suspected to be practicing sorcery was allegedly beaten black and blue and forced to parade naked in full public glare by members of a family at Nuasahi under Krushnaprasad block of Puri district.

Though a case was registered in the Krushnaprasad Gada PS on 15 February 2020, inaction of police to book the accused has also drawn serious concerns on the work ethics of police.

As per reports, daughter of one Hadia Jena, an influential person in the area, recently suffered from some kind of illness. However, instead of medical diagnosis, Hadia suspected that the woman Swati (name changed) had caste some evil spell on his daughter through black magic. Holding Swati responsible for his daughter’s illness Hadia went on a rampage and thrashed her with iron rods and sticks while other villagers remained mute spectator.

Sources said, Swati and her husband requested the village committee to intervene in the matter but that didn’t deter the miscreants to threaten to burn her alive. The thrashing was so severe that Swati sustained severe injuries all over her body.

Physically injured and mentally traumatised, Swati got herself admitted in the Puri district HQs, where she is currently undergoing treatment.

Swati alleged, “I was thrashed mercilessly while being chased down the road for 1.5 km without a shred of cloth on me. They said that I have caste some evil spell on their daughter, but as it turned out, she was suffering from simple fever.”

The couple had reportedly registered an FIR in the Krushnaprasad Gada police station but the accused are yet to be apprehended.