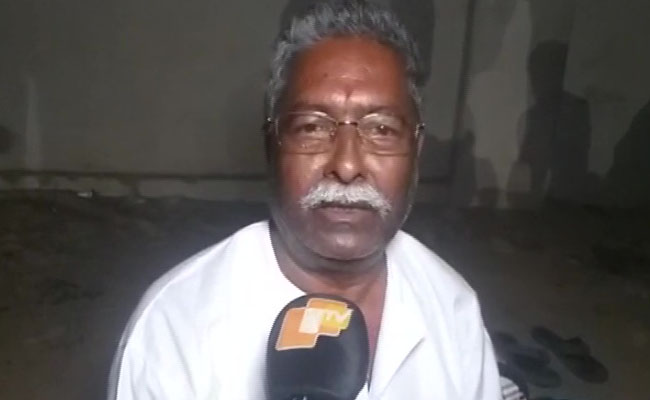 Jharsuguda: Family members of arrested ex-MLA from Odisha Anup Sai have threatened to commit mass suicide as they fear danger to their lives especially after series of notices sent to them for appearance before Raigarh police probing the Hamirpur double murder case under which Sai has been booked.

Demanding CBI inquiry of the double murder case, Sai’s family members have alleged that they fear Raigarh police might forcibly pick them up for interrogation in connection with Sai’s link in the case. Apprehending any action, wife, son and daughter of Sai staged a sit-on before Jharsuguda district collector’s office demanding security.

Anup Sai’s elder brother Pramod said, “We don’t want to interfere in the probe but Raigarh police is continuously sending notices to appear but we fear that we may be killed if we leave the place. Pramod further mentioned that there could be political angle to the issue.

“Our security lies in the hands of the government but if that won’t happen we think it would be better if we all die by drinking poison because we will lose not only our dignity,” said Pramod.

“Just imagine why a case of 2016 headlined once again, so I think there must be some political angle behind it,” he added.

Sai’s wife Sushama alleged that while their entire family has been intentionally brought into the case, Raigarh police is trying to arrest her son.

On the other hand, Chhattisgarh Raigarh Police on Sunday prayed before the court to take Sai on three more days of remand period to elicit more information through narco test and brain mapping.

In a related development, Raigarh SP has alleged that Sai is not cooperating in the investigation and is only reiterating his old comments during interrogation. However, cops have said that some vital incriminatory evidences have been extracted from the driver of Anup Sai. A register of a hotel in Jharsuguda has been seized. Police have also sent notices to the murdered woman Kalpana Das’s brother living in Rajpur area of Brajarajnagar area and a sister residing in Bagharachaka.