Will Bargarh, Odisha's Vidharbha, spring up 'saffron' revolution in 2019?

Bhubaneswar: Will Bargarh, which has earned the epithet of Odisha’s Vidharbha owing to consecutive droughts and resultant large-scale farmer suicides for last few years, witness a  ‘green’ or ‘saffron ‘ revolution in the 2019 polls? Like the Vidharbha region in Maharashtra, Bargarh has been the cauldron of farm distress in Odisha for last few years. […]

Bhubaneswar: Will Bargarh, which has earned the epithet of Odisha's Vidharbha owing to consecutive droughts and resultant large-scale farmer suicides for last few years, witness a  'green' or 'saffron ' revolution in the 2019 polls?

Like the Vidharbha region in Maharashtra, Bargarh has been the cauldron of farm distress in Odisha for last few years. Successive droughts, pest (chakada) attack and paddy distress sale have broken the spine of the farmers, who happens to be the mainstay of Bargarh population.

Crops loss, distress sale and farmer suicides have turned a vicious circle in the district. Not only farmers, weavers also form a substantial chunk of the population and they too are in distress. With such boiling issues at hand, farmers and weavers will play a major role in scripting 'any revolution' in Bargarh on April 18, when the constituency goes to polls. The last minute KALIA push by the BJD government has fomented more trouble as majority of farmers/sharecroppers haven't received the financial assistance till date.

However, what was going to be an easy win for BJP in the 2019 polls, the contest in the Bargarh Lok Sabha constituency has been  made a keenly contested one by BJD as CM Naveen Patnaik himself joined the poll fray from Bijepur Assembly Constituency.  Naveen joined the poll fray from Bijepur to bring up a contagion effect in six other assembly seats under the Lok Sabha.

But the contagion effect of CM Patnaik seems not to have manifested in a conspicuous way across all the seven assembly segments of the constituency, as expected by BJD.

Ground reports suggest BJP holding its fort in Brajarajnagar and Padampur. The party is fighting a close battle in Bargarh, Bhatli and Attabira assembly segments. BJD has re-nominated ministers Snehangini Chhuria from Attabira and Susant Singh from Bhatli. Debesh Acharya is again fielded from Bargarh. However, BJD seems having a clear lead in assembly segments of Bijepur and Jharsuguda.

Significantly, an analysis of 2014 poll data drops big hints. And these hints made Naveen to make a debut from Bijepur. The rise of BJP has been meteoric between 2009 and 2014. Though BJP won only two assembly seats - Padampur and Brajarajnagar - in 2014,  the votes polled by BJP had been nearly three-times more than it polled in 2009 LS in all the assembly segments. In contrast, the votes polled by BJD registered a sharp decline in all the seven constituencies. BJP also had secured more votes in 2014 LS poll than in 2014 Assembly polls.

Moreover, the results of 2017 panchayat  polls  reveal how far the consolidation by BJP was complete in the constituency. The saffron party made a clean sweep of around two-third of Zilla Parishads (ZP). BJD could win mere 9 ZPs, including 3 ZPs in Sohela,  of a total of 34 ZPs.  However, the flip-flop by the BJD in the aftermath of suicide by farmer Brunda Sahu post Chakada pest attack, shook the party greatly and energy minister Susanta Singh seems to be on a weak wicket now.

As the constituency votes on Thursday, it seems the pestering farm crisis during the last few years is proving a headwind for BJD; whereas Modi wave on ground is proving tailwind for BJP in the 2019 polls. 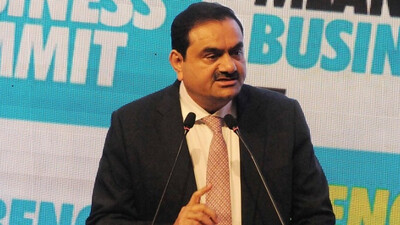 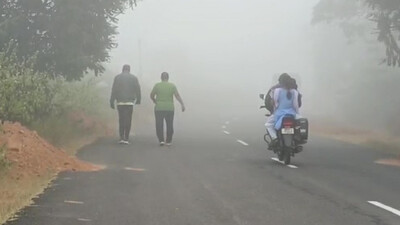