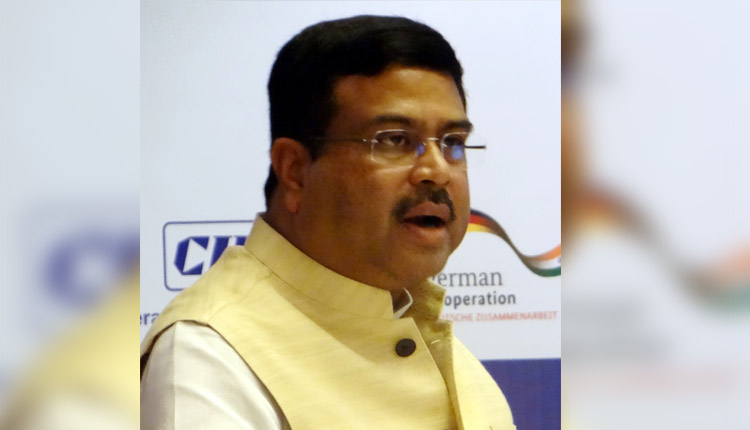 A bench headed by Chief Justice SA Bobde noted that the court is willing to modify its June 18 order which put a stay on the Rath Yatra in the backdrop of the COVID-19 pandemic. The Rath Yatra is scheduled for June 23.

“Rath Yatra is not just a festival but it is an inseparable emotion for Odias. Lord Jagannath evokes unwavering love, devotion and reverence,” he said.

He thanked PM Modi, HM Shah and the top court for “upholding the sentiment of 4.5 crore Odias and honouring the faith of crores of Jagannath devotees across the globe”. He added that when it comes to matters of faith, traditions and sentiments, the Prime Minister leads from the front.

SC has set the right conditions before allowing the Puri #RathYatra in view of #COVID19. The apex court reconsidered its directive due to strong arguments presented by the Centre with cooperation from #Odisha govt, says Union Minister Dharmendra Pradhan pic.twitter.com/SGXDjqhqH3

On Sunday evening, Shah spoke to Gajapati Maharaj — the King of Puri– and Shankaracharya of Puri and sought their views on the Yatra as per the instructions of Modi.

Pradhan thanked the Shankaracharya of Govardhanmath and various other saints for upholding the faith of millions.

Meanwhile, Vice President M Venkaiah Naidu extended greetings for Rath Yatra, saying due to the COVID-19 pandemic, people have to be content with a modest celebration this year. In his message, he said the Rath Yatra is the most revered and much awaited festival of Odisha.

“The yatra depicts the annual journey of Lord Jagannath, who is considered to be an incarnation of Lord Vishnu. The splendour and grandeur of the Rath Yatra festival and the magnificence of the ‘Rath’ or the chariot, is truly unparalleled,” he said.

Further he added, “As India and the world continue to fight a relentless battle against the spread of COVID-19, we have resorted to celebrating almost all of our traditional festivals at home”.

“Under these circumstances, we have to be content with a modest celebration this year. May the pious and noble ideals associated with Rath Yatra enrich our lives with peace and harmony,” the vice president said.