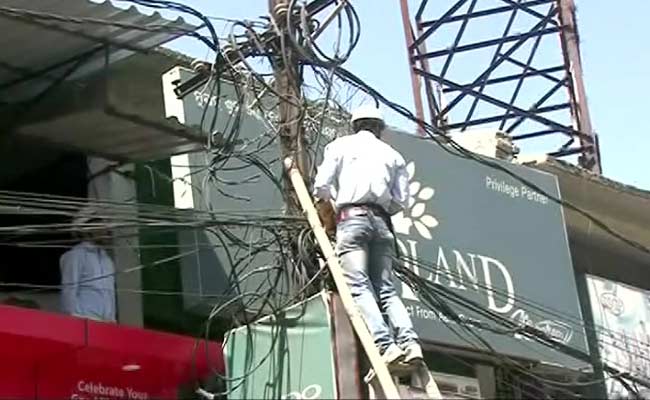 Rourkela: Objecting alleged power supply disconnection of defaulting consumers during the on-going Matric exams, a delegation of Bharatiya Janta Party (BJP) visited Electrical Superintending Engineer (SE) of Western Electricity Supply Company Of Odisha (WESCO) today. The saffron party members alleged that though the WESCO had announced to hold back the power disconnection drive, some of its officials are forcefully violating the instructions.

As per reports, WESCO is running with an unsettled amount of Rs 79 crores only in Rourkela of the total Rs 259 crores in Sundergarh district. Earlier this month on February 18, the power distribution company had commenced crackdown on the electricity bill defaulters. However, considering the expected trouble to be faced by the matric exam appearing students, WESCO had announced relaxation for those consumers who had matric appearing students.

“We had alerted the employees in different divisions and sub-divisions not to forcefully collect the dues in houses with matric exam appearing students. It was instructed to them for accepting any amount they can pay and to allow them for clearing the dues in instalments,” informed Achut Nanda Meher, SE, WESCO.

However senior BJP leader Nihar Ray said, “The consumers are getting harassed by the new policy of WESCO implemented for power disconnection drive. First of all, they should focus on collecting the dues from the commercial consumers and other consumers with dues of crores of money instead of troubling the domestic consumers with fewer amounts of dues on them.”

“Currently, students are preparing and appearing for different exams and power disconnection drive is creating trouble for them. We have requested them to spare the houses with exam appearing students. However, even though SE has informed that notification has been officially released not to disconnect electricity from such houses, it seems the low-level employees are ignoring the instructions and carrying out the disconnection drive,” Ray added.

“WESCO’s new policy is troubling poor consumers who are unable to pay the dues. Apart from the exam session, the approaching summer is another main concern that the power distribution company should consider before forcefully disconnecting power,” said another BJP member.