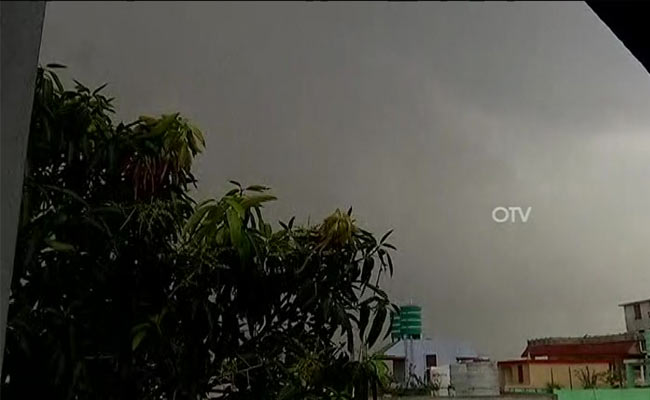 Bhubaneswar: Rain and thunderstorm will occur at several parts of Odisha in the next five days, India Meteorological Department (IMD) predicted on Tuesday.

As per the latest weather bulletin, light to moderate rain and thundershowers are likely to occur at one or two places in the districts of Rayagada, Koraput, Gajapati, Keonjhar, Mayurbhanj, Balasore and Kandhamal in the next 24 hours.

A trough runs from north Tamil Nadu to East Vidarbha across Rayalaseema and Telangana and extends up to 0.9 km above mean sea level. Moreover, the cyclonic circulation over south Chhattisgarh and neighbourhood has merged with the above trough.

Besides, a cyclonic circulation also lies over north coastal Odisha and extends up to 0.9 km above the mean sea level. Already, several places in the districts of Jajpur, Cuttack and Kendrapara, Mayurbhanj and Gajapati experienced rain and thunderstorm today.

IMD has issued a yellow warning for the districts of Koraput, Kalahandi, Rayagada, Kandhamal, Nabarangpur, Bolangir, Ganjam, Mayurbhanj and Sundergarh as one or two places in these districts are likely to experience thunderstorm with lightning between March 18 and 19.

Light to moderate rain or thunderstorm is also likely to occur in several parts of south interior Odisha, Gajapati, Ganjam, Puri, Sundergarh, Keonjhar, Mayurbhanj, Bargarh and Jharsuguda between March 18 and 19.

As per the IMD forecast, there is possibility of light to moderate rain or thundershower at several parts of Odisha between March 19 and 20. Yellow warning has been issued for the districts of Nuapada, Bolangir, Sonepur, Sambalpur, Boudh, Kalahandi, Kandhamal, Angul, Nayagarh, Khurda, Cuttack, Kendrapara, Jagatsingpur and Bhadrak.

Yellow warning has also been issued for the districts of Sundergarh, Keonjhar, Mayurbhanj, Balasore, Bhadrak, Jajpur, Kendrapara, Dhenkanal, Cuttack, Kandhamal, Nayagarh and Kalahandi as there is possibility of thunderstorm and lightning in these districts between March 20 and 21.