After over 60 days of dry weather, IMD and ECMWF forecasts predict thunderstorm and light rainfall in Boudh, Angul, Deogarh, Keonjhar, Sundergarh, Khurda and Cuttack on Jan 29 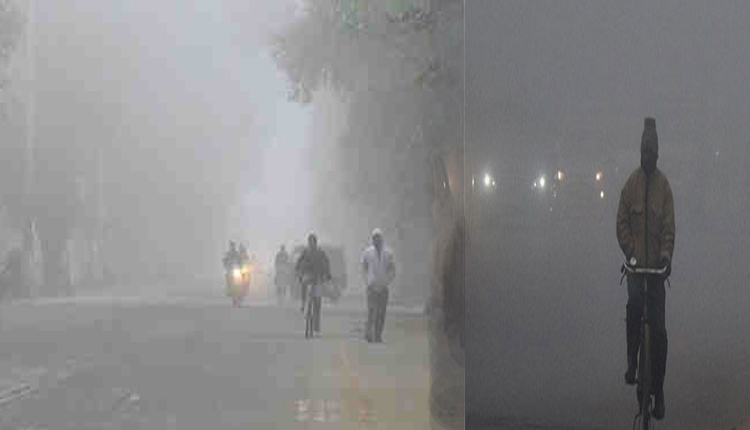 Bhubaneswar: Odisha weather will take a cooler turn by the next weekend. The mercury is predicted to nip to a low in the entire western parts of the State. There is also a forecast of light rain and thunderstorm in the upcoming week.

As per the forecast of IMD and ECMWF (European Centre for Medium-Range Weather Forecast), isolated places in the coastal districts, especially Balasore, Bhadrak, Kendrapada, Jagatsinghpur and Khordha to witness some amount of light rainfall during the noon hours on the 72nd Republic Day.

However, the night time temperature will post a rise across the State from the 6th of February, the forecast suggests.

As per ECMWF forecast, isolated places in the districts like Boudh, Angul, Deogarh, Keonjhar, Sundergarh, Khurda and Cuttack are likely to witness thunderstorm during the evening hours (3-6 pm) on January 29 (coming Friday).

The ECMWF forecast predicts light rainfall at some places in the districts like Nabrangpur, Nuapada, Kalahandi, Kandhamal, Ganjam, Sundergarh, Angul, Dhenkanal and Puri on January 28 (coming Thursday). Rain at some isolated pockets in the coastal districts is also predicted till February 4.

The country’s top weather forecaster IMD in its long-range forecast predicts of light rainfall during the coming week of January 29 – February 4.

With the nights remaining cooler than normal, and the days staying warmer than the normal, the coastal districts in Odisha will witness morning fog till February 2.

The dense fog warning by IMD and ECMWF is for the districts of Cuttack, Bhadrak, Jagatsinghpur, Khurda, Kandhamal, Balasore, Angul, Dhenkanal & Kendrapada on January 24 and 25. Also, the same districts along with a few places in Ganjam district will again witness dense fog on January 30-31.

As per the data available with IMD here, the mean number of foggy days during the period of 1971-2000 in the State ranges from 0-2 days.

Since the current weather conditions in the State favours fog formation, it remains to be seen whether the 2021 January may record more foggy days in recent history.