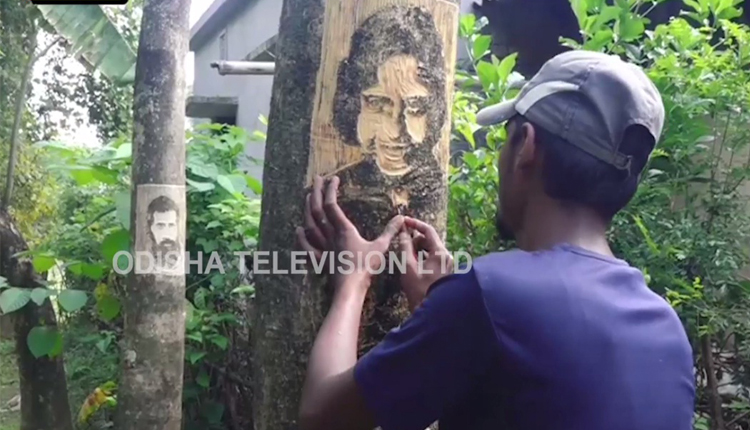 Baripada: A resident of the Banabati block of Mayurbhanj district, Samarendra Behera, is now a local sensation thanks to his meticulous and artistic art carving on trees to raise awareness against felling of the green cover. Behera carves out faces of famous personalities on trees for the purpose. 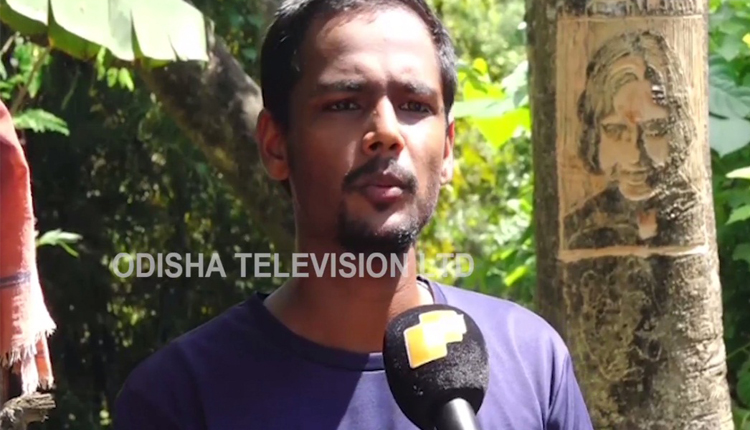 The young artist has created portraits of several prominent India figures such as former President and Missile Man of India, A.P.J Abdul Kalam, esteemed literary figure of Odisha, Utkalmani, Gopabandhu Das and many more to pay homage to their contributions to the society.

According to the artist, this initiative will definitely help in raising the issue of deforestation to prominence and force people to take note of their actions towards nature.