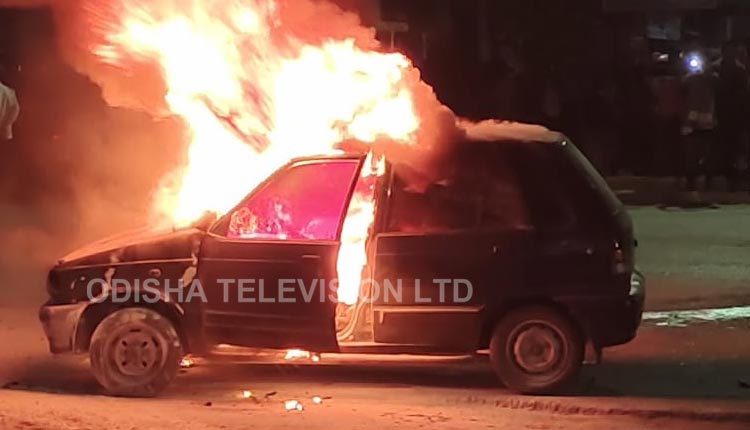 Bargarh: The driver of a car had a narrow escape after the moving vehicle caught fire near Bhatili Chhak under Town police station here on Saturday.

According to the sources, the driver of the ill-fated car immediately came out of the vehicle after he detected smoke. Soon after, the car caught fire.

“While driving, I detected smoke coming out of the engine. I immediately stopped the vehicle and came out of the vehicle following which the car caught fire,” the driver said.

On being informed, fire department officials rushed to the spot and doused the flame.