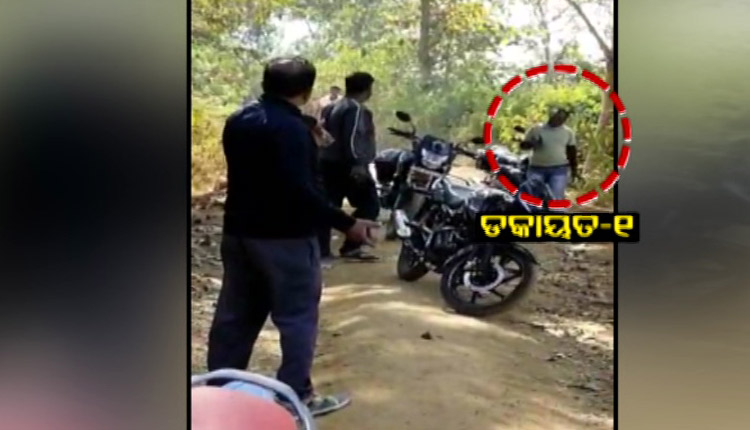 Bolangir: High drama unfolded near Kutasinga village in Bolangir district when a group of dacoits surrendered after keeping the police personnel on their toes for several hours.

The incident has been reported from the forest road leading to Kutasinga village which falls under Loisingha police jurisdiction in the district.

According to sources, a five-member robber gang looted cash and a laptop from a youth near Loisingha and tried to escape. Upon receiving the information, a police team swung into action and started chasing the looters.

The robber gang halted in the forest road near Kutasinga and opened fire at the police team following them. The police personnel and locals surrounded the area around the robbers. With no other option left, the robbers finally dropped the firearms and surrendered before the cops.

While two robbers managed to escape from the spot, the police team detained three others at the police station.