Watch: A Herd Of Jumbos Trapped In The Middle Of Mahanadi River 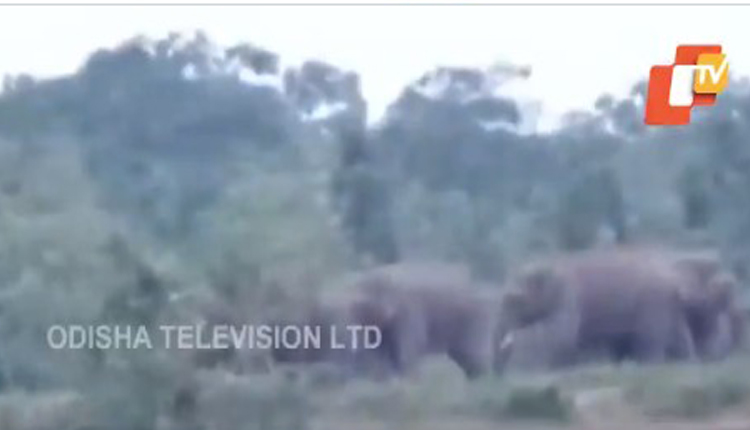 A herd of elephants have been trapped on a small island (alluvial plain) in the middle of Mahanadi River near Munduli, Cuttack.

According to reports, last night the elephants were headed towards the Chandaka forest from Athagarh’s Sukasan jungle by crossing the swelling Mahanadi river when they got stuck on the floodplain near Munduli due to the heavy current of water in the river.

After locals spotted the stranded giants  they informed officials at the Damapada forest range. Following that a team has rushed to the spot to rescue the stranded animals.

The Bhagipur forest officials are on the alert and have kept a close watch on the stranded elephants, sources said.

Athagarh: A herd of 18 to 20 elephants trapped on an alluvial plain in the middle of Mahanadi River near Mundali #Odisha pic.twitter.com/Rk0VlhhAwB

Meanwhile, Sundargarh is still reeling again under the terror of wild elephants.

Few days back at Tiladega, under the Ujjwalpur Forest Reserve, a herd of elephants destroyed crops on a large scale by plundering agricultural fields. The herd is now near  Kankerajura and Kulaba villages.

The herd includes female, male elephants and calves. The Forest Rangers have reached the place where the incident has occurred  and keeping an eye on the jumbos.

The wide-spread destruction of crop is likely to hit the farmers hard.