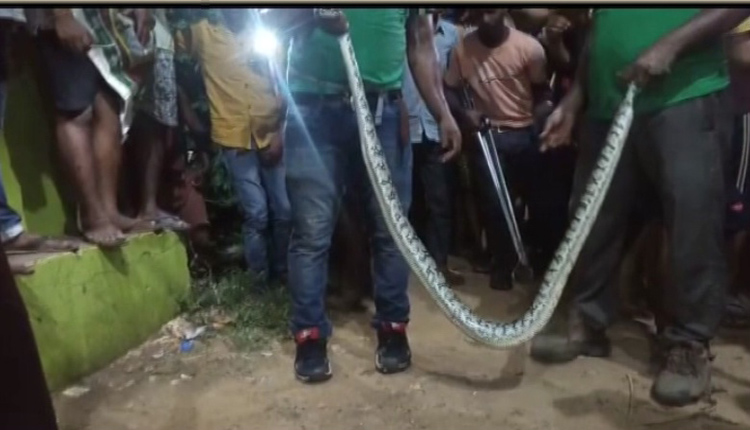 Cuttack: A five-foot-long python was rescued from a bridge over Mahanadi River in Banki, officials said on Sunday.
According to source, some locals, who were on the bridge, spotted the reptile late on Sunday night and called up snake helpline immediately.

Being informed about the incident, Lalita Kumar, a member of snake helpline along with his team reached the spot and caught the python. The python was later released into Chandaka-Dampara wildlife sanctuary which is a home to many snake species.

The snake might have come to the ground from the nearby reserve forest in search of food, locals said. Watch the video here :

Watch: A five-foot-long python rescued from a bridge over Mahanadi River in Banki. The snake was later released into Chandaka-Dampara wildlife sanctuary #Odisha pic.twitter.com/9kZYd3Z7aC

Python on Air Force plane in Agra: This is how the snake was rescued