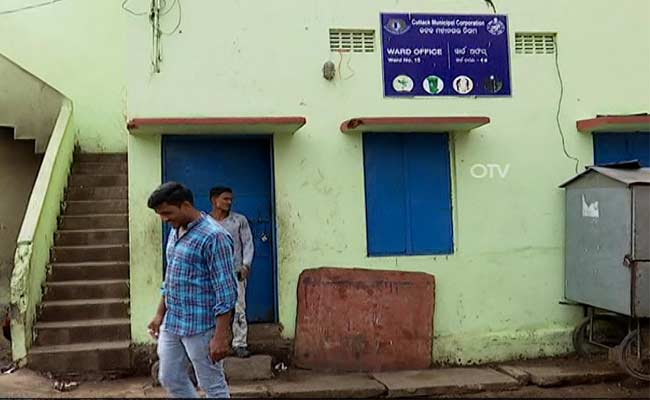 Cuttack: From overflowing drains to poor sanitation, the residents of Cuttack are now grappling with numerous problems after the dissolution of the Cuttack Municipal Corporation (CMC) council. Though Housing and Urban Development department had earlier directed to set up ward offices to resolve grievances of people in several municipal corporations and NACs, the initiative has failed to yield desired results in the millennium city.

A reality check by OTV found that ward offices are not functioning as per guidelines in several localities.Though a signboard of the ward office has been installed at CMC ward no 15, OTV team found an iron workshop functioning from its premises.

Local residents allege that they have not seen the concerned ward officer since long adding that the officer was last seen when the ward office was inaugurated.

“No officer comes here. There are numerous problems in the ward, but we don’t know whom to approach to get such issues resolved,”said Sagir Khan, a local resident.

The office for CMC ward number 10 and 14 is functioning from a single place. However, the ward office was locked and the residents too were not happy with the officer who, residents allege, hardly turns up at the office.

“The council has been dissolved and it was assumed that the ward offices will come to the rescue of people. But nothing happened. Residents are facing problems due to non-clearance of garbage, overflowing drains and mosquitoes,” said Arun Sethi, a former councillor.

CMC officials informed that ward offices have been mostly set up in government offices. Only a handful of such utilities are functioning from several rented accommodations.

The ward offices have been established to ensure that people do not face problems in getting their grievances redressed in the absence of elected councillors in their respective wards after the completion of CMC council term.

“Only some ward offices are functioning from rented buildings. The officers were instructed to remain present at ward offices and resolve grievances of people from 10 AM to 12 noon. We will take necessary action after a probe into the matter is completed,” said CMC Commissioner, Ananya Das.

Das further informed that the nodal officer has been asked to conduct a probe and submit a report.

Alia Bhatt & Ranbir Kapoor To Get Married In December?