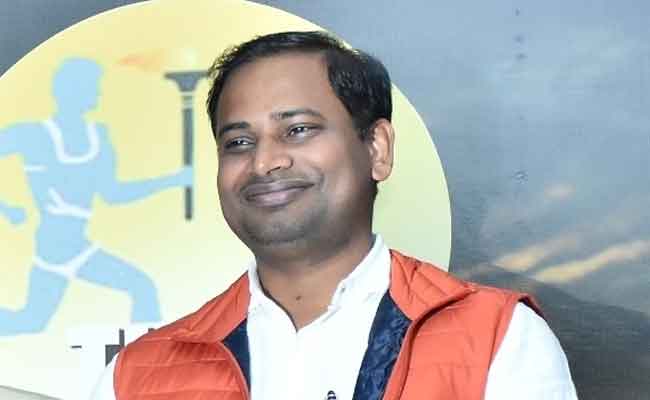 New Delhi: Odisha has emerged as a major sports hub in recent years. Apart from hosting most of the international hockey tournaments to be staged in the country, the state has witnessed important tournaments in several other sports as well.

In an exclusive interaction with IANS, Odisha Sports Minister Tusharkanti Behera has reflected on his state’s growing importance in the sporting world and the way ahead.

As 2019 was a year of sports for Odisha, speaking on it Behera said: “2019 started with a high note as Odisha successfully hosted the Hockey Men’s World Cup 2018. The resounding success brought to the forefront the new Odisha. Global recognition and accolades were still pouring in. It started to be referred to as the Sports Capital of India, the Sports Hub of the country.”

“But, we knew this was just the beginning and there was a lot to plan, strategise and achieve to make our state a Sports Hub in the true sense. And it had to start by investing in infrastructure, grassroots program and hosting national and international events which have now become an integral part of our Sporting journey,” he added.

The minister further added: “In a span of one year, we were able to launch High Performance Centres (HPC) in Hockey, Shooting, Swimming, Athletics, Football, Sport Climbing, Weightlifting, Sports Science and Rehabilitation and a Centre of Excellence for Sports Management. By December 2020, we should be able to launch a world-class Badminton Academy. There are also discussions for a HPC for Rugby.”

When asked to elaborate on the concept of High performance Centres, Behera felt it is done on the lines of several developed nations as these centres nurture young talents from the grassroots.

“High-Performance Centre has proved a successful model in Sports Management. Today, technology is being used to help monitor, track, and adjust training modules as well as assist in the proper development of athletes. Developed countries who are acing in the field of Sports like USA, Canada, UK have long adopted this model of talent nurturing and sports management and it was only a matter of time that Odisha adopted a similar initiative if it was to establish itself as the ‘Sports Hub’ of the country in the true sense; where both athletes and Sport excel,” he explained.

In order to keep the momentum going, the Minister said they are planning some more significant initiatives do you plan to introduce this year.

“This year we are aiming to lay all 17 synthetic turfs in 17 blocks of Sundergarh district that was announced by the Chief Minister on November 27, 2020. In addition, with support from the Odisha government, Hockey India will launch grassroots program in each of the 17 Centres.

After Hockey, the football craze has also picked up. Odisha FC, the State’s very first ISL club saw four straight victories in the recent months. Football enthusiasts and sports lovers throng the stadium in large number. To cheer for what they call ‘Ama Team Ama Game’ It is heartening to hear the roars of applause on match nights,” he added.

Behera also said that as by November, Kalinga Stadium in the state capital will be hosting the prestigious FIFA U-17 Women’s World Cup, two pitches are being upgraded within the stadium and three other practice pitches are being built in the city as per FIFA guidelines.

The tournament will be the first FIFA women’s competition in the country and the second overall FIFA event to be held in India.

LIC IPO May Come In 2nd Half Of FY21, Says Finance Secretary