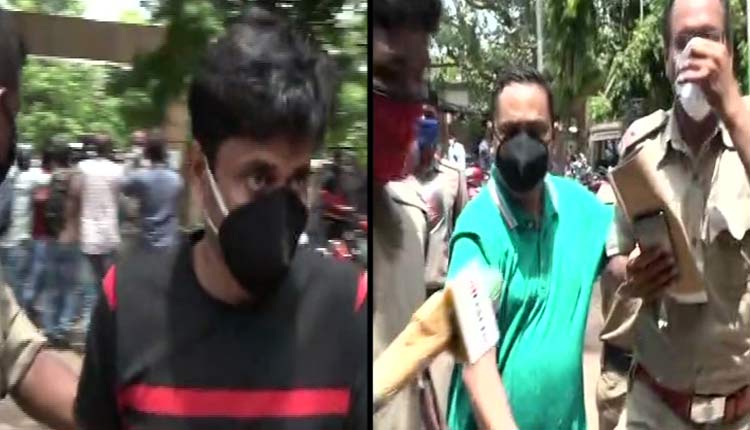 Bhubaneswar: Laxmikant Behera and Biswajit Mohanty, who were arrested by the Commissionerate Police for allegedly posting an audio clip of their conversation about the experience at a COVID hospital on social media platform, were granted bail by Bhubaneswar SDJM court on Wednesday. Soon after their bail, they were released from the jail.

However, the entire episode has elicited sharp criticisms and is seen as an attack on Freedom of Speech and Expression. “They had taken them on 3-day demand. I think they failed to get any evidence and that’s why they were produced before the court prior to the conclusion of the remand period. We think there was no merit in the case,” said Laxmikant’s lawyer, Silabhadra Sashtri.

“It was a simple conversation between two friends… But the FIR of Commissionerate Police against them conveys the message that family members or friends can no longer talk to each other on phone,” said Biswajit’s lawyer, Atma Prakash Mohanty.

Meanwhile, the family of Laxmikant alleged that the police have also taken keys of their motorcycle, salary slip and other bank documents.

“They asked for his salary slip, bank documents and key of his bike. My father is now bedridden after getting to know about the arrest,” said Laxmikant’s brother.