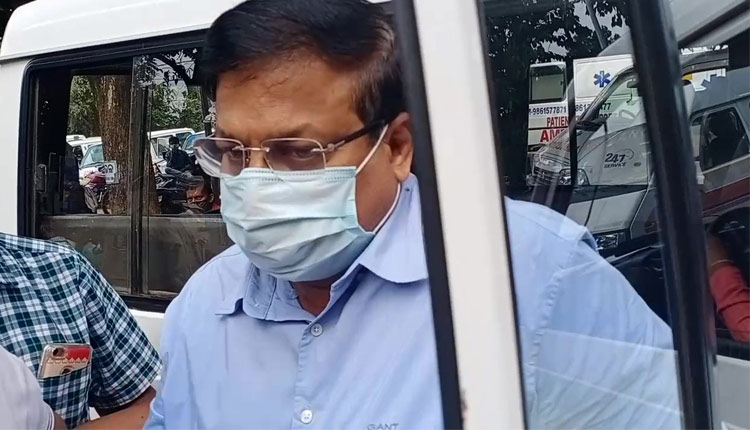 Bhubaneswar: The Odisha Vigilance department on Wednesday requested the Enforcement Directorate (ED) and Income Tax department to investigate into the financial transactions of IFS officer Abhay Kant Pathak and his son Akash under Prevention of Money laundering Act and Benami Transaction act.

The anti-corruption wing, which unearthed Rs 14.77 crore in the bank accounts of father-son duo, has raised suspicion of benami transaction and money laundering.

“In view of huge cash deposits of Rs 9.48 crore and deposits by transfer/clearing of Rs 5.29 crore totaling Rs 14.77 crore made in the three bank accounts of Akash Kumar Pathak and in the absence of any IT returns, there is a prima-facie indication of Tax evasion,” a press statement released by the State Vigilance said.

The Vigilance has referred the matter to Income Tax department, 1961 and Benami Transactions (Prohibition) Act, 1988.

“Similarly, in view of the money laundering activities, the matter has also been referred to Enforcement Directorate for undertaking probe under Prevention of Money Laundering Act 2002,” said the Vigilance release.

The anti-corruption wing has also informed that three bank officials of the concerned private banks where such huge deposits have been made are examined by the SIT at Vigilance Cell Unit, Bhubaneswar.

Abhay and his son, who were arrested by the Vigilance for allegedly amassing properties disproportionate to their know sources of income, were remanded to three days vigilance custody on Wednesday.

They were arrested on November 27 in the disproportionate assets case.

The anti-graft agency had raided Abhay Pathak’s residence and several other places in Odisha and outside and traced ill-gotten properties to the tune of 9.35 crore. This amount was about 435% of the total income from all his known sources, an official statement by the Vigilance said.