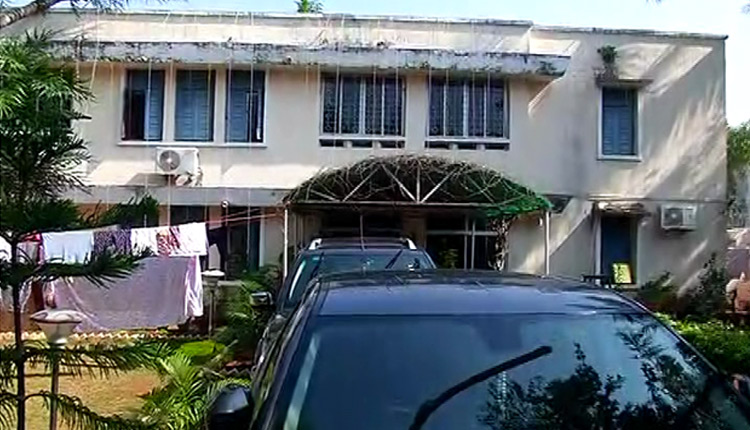 Bhubaneswar: Intensifying the ongoing investigation, a special team of the State Vigilance department Tuesday conducted raid at the official residence of ‘tainted’ Indian Forest Service (IFS) officer Abhay Kant Pathak for further probe into the allegations of possession of disproportionate assets by the suspended officer. Moreover, Pathak’s driver has appeared before the anti-corruption agency for grilling.

As per reports, a 20-member SIT (Special Investigation Team) has been constituted to thoroughly probe all aspects of the case. Vigilance Additional SP is investigating the case under close supervision of SP and DIG, Vigilance Cell. Also, the services of Cyber and Cell Phone Forensic experts are being requisitioned for retrieving mobile and computer related data from the seized devices.

Since huge cash deposits have been made by Pathak in private Banks through deposit slips and ATM counters and high value transactions were made in the accounts, a few bank officials today deposed before the anti-graft officials reportedly to furnish details of operations in the concerned banks.

On November 25, simultaneous searches were conducted at five places in Bhubaneswar, seven places at Mumbai and Pune in Maharashtra and one place in Bihar by Vigilance sleuths based on search warrants.

Following the searches and further enquiry, Abhay Pathak was found in possession of disproportionate assets to the tune of Rs 9.35 crore, beyond his known sources of income (435 per cent of total income from all known sources), which he could not account for satisfactorily. Subsequently, Vigilance registered a case under sections 13(2) r/w 13(1)(b) P.C. Act, 1988 as amended by P.C. (Amendment) Act, 2018/12 P.C. Act, 1988 against Abhay Kant Pathak and his son Akash Pathak.

The father-son duo was arrested on November 27 and court-forwarded. While the IFS officer was arrested on charges of amassing disproportionate assets, his son has been arrested for misusing the ill-gotten money. They have been remanded to judicial custody till December 9, 2020.

Apart from the prima facie findings, since the bookings and payments in respect of chartered flights have been made through Bhubaneswar based travel agencies, their role is being investigated. Details of income tax returns are being ascertained. Investments in shares, mutual funds and other market instruments are also being ascertained. Further, the aspects of ‘benami’ transactions and properties are also being looked into.

READ | Was There A Silent Coup Within BJD To Topple The Naveen Government In Odisha?