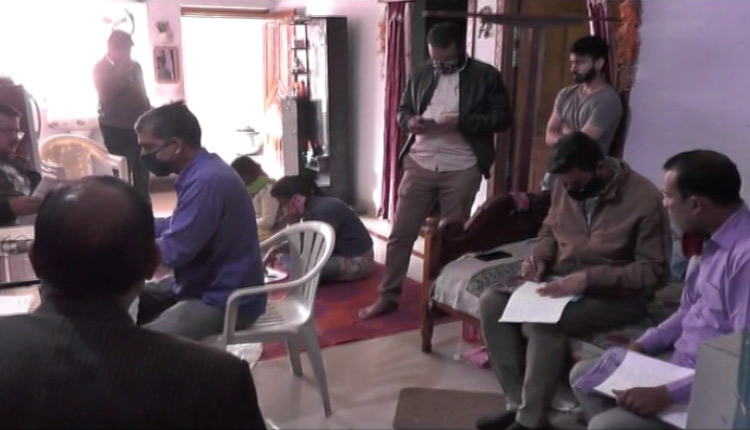 Bargarh: Vigilance sleuths on Wednesday conducted series of raids at the residence of Purandar Bhoi, a Panchayat Executive Officer (PEO) of Dahita Panchayat in the district and several other locations in connection with charges of amassing disproportionate assets levelled against his name.

As per reports, the state’s anti-corruption wing is conducting searches on Bhoi’s properties based on the allegations of misconduct and bribery charges against the PEO.

As per preliminary reports, Vigilance has already unearthed many important documents and assets pertaining to the case.

“There were bribery allegations against the Dahai PEO. We are conducting raid in his residence and other rented houses in Bargarh. So far we have got vital lead and some important documents in connection with the case. Raids are underway and we will come up with the detailed assets possessed by Bhoi soon,” Bargarh vigilance DSP, Parameswar Kishan informed OTV.

In another case, On December 2, the Vigilance officials detected assets worth over Rs 1.42 crore in possession of Sanjukta Das, a section officer at the office of District Panchayat Officer, Jagatsinghpur. Simultaneous raids were conducted at multiple places on Wednesday by the officials of the Cuttack vigilance division based on allegations of possession of unaccounted wealth. The searches were conducted on the strength of warrants issued by the Special vigilance judge court, Cuttack.

In the course of search, Das was found in possession of assets worth Rs.1,42,08,870 including one triple-storied building, one double-storied building, one 3 BHK flat, six plots, one four-wheeler, two two-wheelers, deposits in different banks and post offices, investment in insurance policies, gold ornaments, cash and household articles, said officials.

Pari Murder Case: Orissa HC Yet To Give Nod To Monitor SIT; May Court Legal Hurdles In Probe, Say Experts