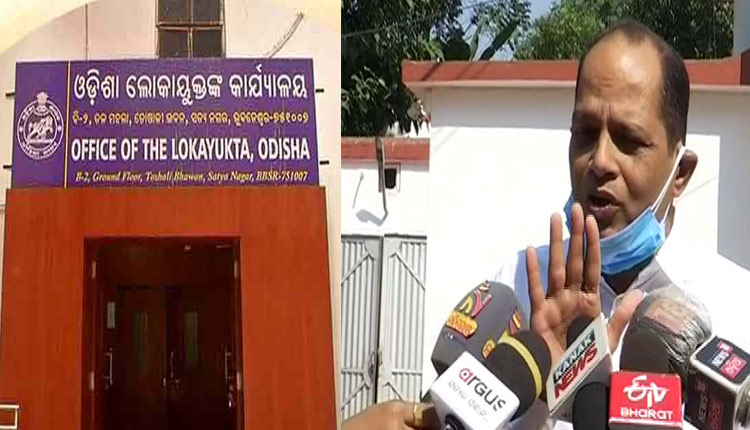 Bhubaneswar: Gopalpur MLA Pradeep Panigrahi who has been arrested and presently lodged in Jharpada jail on the charges of complicity in the high-profile Tata Motors ‘recruitment fraud’ was on Tuesday subjected to two hours of marathon questioning in connection with his multi-crore financial transactions.

Acting on a directive of Odisha Lokayukta, the anti-corruption wing officials quizzed the expelled MLA to dig out information on the deposits worth a whopping Rs 2 crore in his account.

The Vigilance is trying to ascertain the source of the money deposited in his ICICI bank account at Berhampur in just a year.

According to sources, the Vigilance officials also questioned Panigrahi about Rs 55 lakh transfer to the bank account of his would-be son-in-law Akash Pathak.

Notably, Panigrahi has been lodged in a special cell at the Jharpara Jail following his arrest by the State Crime Branch on charges of forgery, fraud and criminal conspiracy, on December 3.

Panigrahi is under Crime Branch scanner for his alleged links with IFS officer Abhay Kant Pathak who was arrested in a disproportionate assets case and his son Akash, an accused in a couple of fraud cases, including a massive job scam.

Panigrahi, who had been expelled from the BJD for ‘anti-people’ activities, has been charged with helping his would-be- son-in-law Akash Pathak, who allegedly collected huge amount of money from people in Ganjam district on false promise of giving them job in Tata Motors.

Akash and his father Abhay Kant Pathak, a senior IFS officer were arrested by vigilance earlier for amassing properties worth crores of rupees.