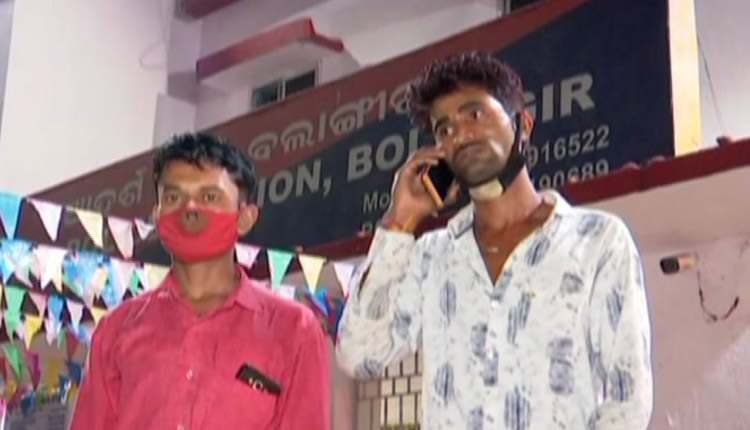 Bolangir: The district of Bolangir which often hogs headlines for alleged selling of brides is once again in news for wrong reasons – marriage fraud.

According to sources, a middleman reportedly vanished after defrauding two siblings of Rs 70,000 from Uttar Pradesh’s Lalitpur on the pretext of arranging suitable match for them.

The matter came to light after the duped brothers knocked on the door of police seeking justice.

Rajban Pal and Kishore Pal, both siblings in relation, had landed in Lalit Nagar on the outskirts of Bolangir from Uttar Pradesh with the hope of getting suitable brides for them.

According to the complaint lodged by them with Bolangir town police station, a middleman named Deepak Mishra had asked them to visit Bolangir for meeting girls for their marriage.

The duo without suspecting any foul play landed in Bolangir and met the two girls, the middleman had selected. After meeting the prospective candidates, the two brothers agreed for the marriage.

However, to their utter surprise, the middleman made a vanishing act after taking Rs 70,000 from them in two instalments. The bride duo also vanished from the village thereafter. Subsequently, the brothers approached the police for help.

“The middleman along with his friend decamped with our money without solemnising our marriage. When we called up them, they asked us to reach Chirupalli. But we could not find them there,” said a visibly depressed Rajbhan.

“This type of fraud in the name of marriage should not happen. We want our money back,” he added.

Acting on the complaint, the Town police reached Lalit Nagar to inquire into the matter. The complainants identified the houses of two girls shown to them as perspective brides.

Anita Rout, the mother of one of the brides admitted that the middleman Deepak along with his friend had brought the two perspective grooms to her house. However, she said the marriage was not fixed as the girls rejected the proposal. She also denied any money deal in the marriage.

Town police station in-charge Sangram Keshari Patnaik said, “As per the allegations, the middleman along with his friend shown the two girls to the two brothers and defrauded them of Rs 70,000. We are trying to trace the accused duo.”