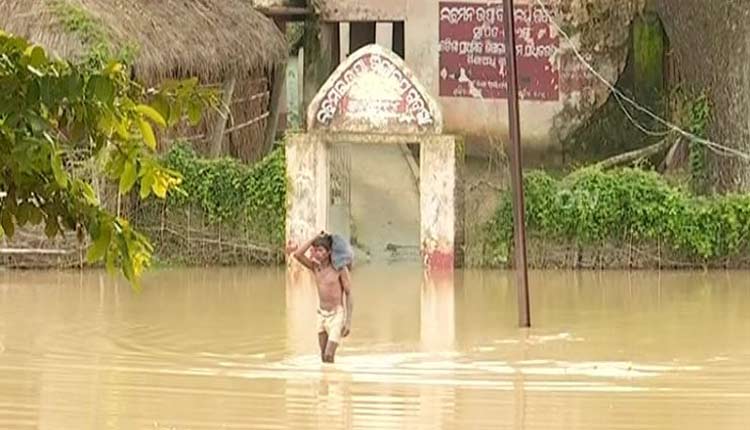 Bhubaneswar: Union MoS, MSME, Pratap Sarangi has urged the Centre to take a comprehensive view on persistent flood problems faced by people of Bhograi block in Balasore district and address the issues.

In a letter to Union Minister of Jal Shakti, Gajendra Singh Shekhawat, Sarangi requested for flood mitigating measures for safeguarding the lives and livelihood of the people inhabiting hundred flood-prone villages of the region.

Balasore district is one of the most flood-prone districts of the State and witnesses the natural calamity most often during the season of Southwest Monsoon. Heavy rainfall in catchment areas of major rivers flowing through the district like Subarnarekha, Jalaka, Budhabalanga triggers flood in the system on a regular basis.

Sarangi who is the Lok Sabha member from Balasore constituency pointed out in his letter that he had received an appeal from the president of Subarnarekha Flood Committee, Bhograi requesting flood mitigating measures for their region.

The union minister said the flood alleviation measures have been a long-standing demand of the people of his constituency which led to several popular unrests in the past.

“I request you to kindly take a comprehensive view of the issues involved and help address the persistent flood problem being faced by the local people of Bhograi block,” Sarangi said.