Be prepared to say bye-bye to your tyres, if you have developed a tendency of driving in the wrong direction! 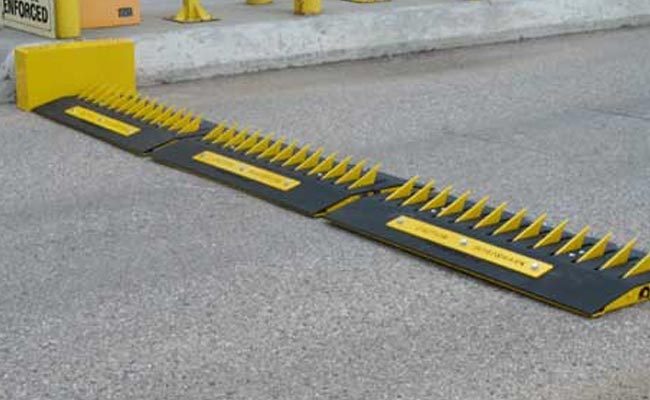 Bhubaneswar: The roads in twin cities of Bhubaneswar and Cuttack will soon have spike barriers, otherwise known as the tyre killers, to deter wrong-side driving of vehicles. A decision in this regard was taken by the Commissionerate Police today keeping in view the safety of commuters and smooth movement of vehicles in choked areas where drivers opt for illegal short cuts.

Tyre killers are metal strips installed on roads with sharp spikes on one side. While the spikes act as minor speed breakers for those in the correct lane, the ones in the wrong lane will have their tyres punctured instantly.

Of the 242 wrong-side point in the twin city, 32 crucial junctures have been identified for installation of the tyre killers, sources said. The metal spikes would be installed on an experimental basis at one of these vulnerable spots and will be made operational in the later phase.

Briefing media about the move, Twin City Police Commissioner Sudhanshu Sarangi said, “Everyday people are caught driving in wrong direction and we have been taking action against such violators and penalising them to prevent this. We have now decided to install spike barriers on city roads wherein the tyres of vehicles in the wrong lane will get punctured instantly.”

“I would request the commuters not to violate any of the traffic rules and then plead to let them go after getting caught. Everyone should follow traffic rules and those violating the rules should have self respect. I further request media houses not to gain cheap TRP by showing negative things,” added Sarangi.

Notably, Pune was the first city to install the tyre killers but they were removed following safety concerns. While Hyderbad and Noida also followed suit, the decision evoked a mixed response among residents of Noida.

Convicts In Nirbhaya Case To Be Executed Together, Not Separately: Delhi HC