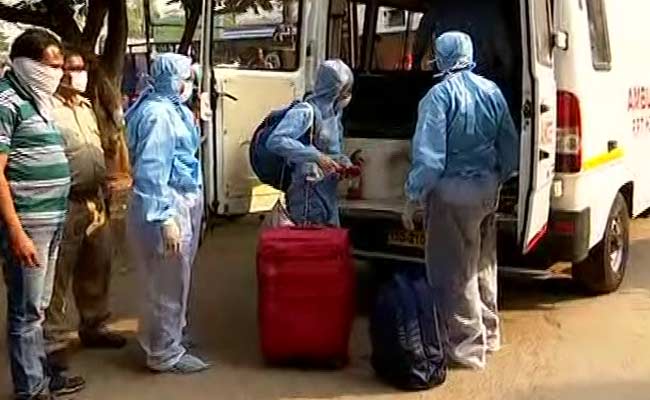 Paradip: At a time when already there is a worldwide concern over the coronavirus outbreak, two suspected cases were reported in Paradip forcing the entire State machinery to swing into action.

An Uttar Pradesh-based couple, working as crew members in a ship docked at Paradip port on March 1, is suspected to have infected with the virus. As the ship named Chemstar Stellar had travelled through several parts of China and Singapore and docked at Paradip, efforts are on to quarantine the crew.

As per protocol, the couple has been shifted to the special isolation ward at SCB Medical College and Hospital in Cuttack for necessary treatment.

“We got information that one of the crew members was suffering from fever so we quarantined the patient. The ship had left China on February 15 and docked at Singapore on February 25 after touching South Korea coast.

Since all these countries have reported positive cases, the ship will be quarantined. The suspected patient’s blood and swab samples have been sent for tests,” said Dr Prahalad Panda, CMO Paradip Port Hospital.

Dr Rajendra Panigrahi informed that the suspected patient, who is accompanied by his wife, has been shifted to SCB Medical College and Hospital after evacuation as per protocol. The patient will be observed in the isolation ward and other crew members are also in quarantine.

“Out of the total 25 members of the crew, 23 others are also in quarantine and they are healthy. Nobody will be allowed to come to the shore and their health condition is being monitored,” said Panigrahi.

Meanwhile, Health Minister Naba Das today informed that adequate steps have been taken to tackle any situation. Already Director of Medical Education & Training (DMET) is supervising and reviewing measures at several parts of the State and already all hospitals and airports are put on alert.

Screening of passengers at airports including Biju Patnaik International Airport is also being done, Das added.