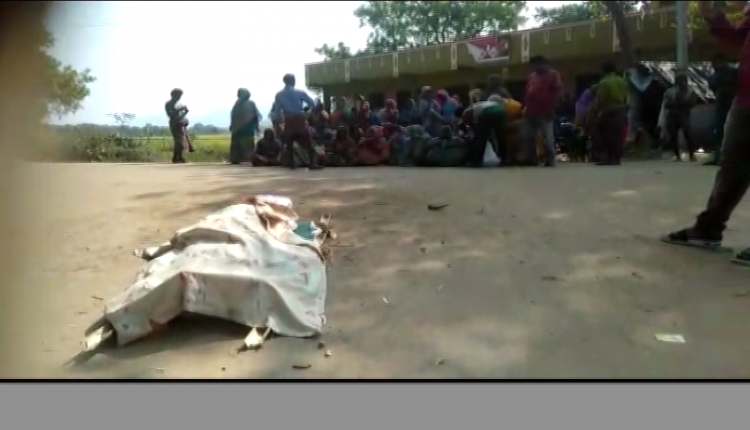 Nayagarh: Body of a man has been kept waiting for cremation since Friday following a dispute between two groups of villagers over the cremation ground at Bhaliadihi under Sarankul police station in the district.

Palpable tension prevailed in the village after relatives and neighbours of the deceased blocked the Kadalipalli-Sikharpur road on Saturday.

A police team reached the spot and tried to pacify the angry locals who squatted on the road to stop vehicular traffic. Police then called a meeting between both the parties to sort out the dispute amicably.

Sources said that a 72-year-old Nath Pradhan of Paika Sahi in the village had died on Friday. When his relatives and neighbours took the body to the cremation ground for performing the last rites, another group in the village barred them from doing so at the ground.

“Both the parties have remained firm on their stand. The administrative officials including tehsiladar, sub-collector have intervened in the matter to find out a solution,” a villager said.

Tehsildar Bijeita Samantsinghar said ” We have invited both the parties for a meeting and sort out the dispute amicably. Keeping the body for a long hour is inhuman. We are trying to resolve the issue.”

A similar kind of incident had taken place on November 17 in Tangi area of Khurdha district.

A clash had also broken out between two groups when some people were performing a cremation in the vicinity of some residential settlements to which another group opposed.

The opposite side argued that the land which had been used for cremations for years has been encroached upon by some people.

Local tehsildar, Sub-collector had to intervene to sort out the matter.