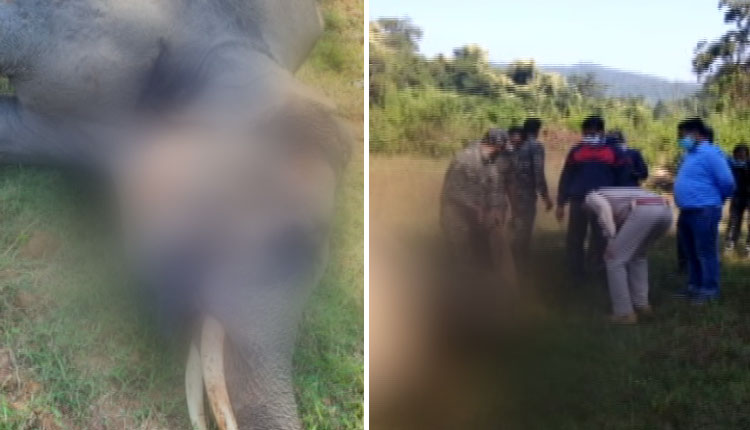 Sambalpur: Carcass of a 12-year-old wild elephant found on Tuesday in a paddy field at Jadu Loisinga area under Sadar forest range. The elephant died after coming in contact with a live wire, reports said.

According to reports, an elephant herd had entered the Sadar forest range last week. One of the elephants came in contact with the 11-kilo volts electricity wire. Forest officials recovered the carcass and sent for autopsy. Sources said, the elephant had died two days ago.

DFO Sanjeev kumar said, “That elephant came in contact with active electricity wire and died. We have launched investigation into the matter and soon we will nab the perpetrators. I have directed the Assistant Conservator of Forest (ACF) to take this issue seriously and submit report within 3 days.”

In another incident, a three-month-old elephant calf died on Tuesday after it accidentally got stuck in mud at Laugarh village near Ratanei forest range in Aska.

According to reports, the carcass of the elephant calf has been recovered and probe has been launched into the matter.

Shehla Rashid’s Father Levels Allegations Against Her, Demands Probe Against Her NGOs